You are here: Home » Archives for Jon Rappoport 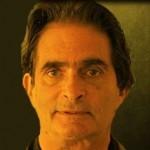 by Jon Rappoport March 4, 2017 In all times and places, logic is never taught to the masses. There is no intention to do so. Now, in our “egalitarian society,” education carries with it great PR pretension, a fakery that outflanks any other period in history. Therefore, graduating students wrongly believe they know how to think. In my latest collection, Power Outside The Matrix, I include a long audio tutorial, […] Read more »

Original Article: The Loud World of Ad Hominem Attacks by Jon Rappoport December 8, 2015 The content of an argument vs. the person making the argument (To read about Jon’s mega-collection, Power Outside The Matrix, click here.) “One of the main purposes of propaganda is making people feel stupid. How do you do that? Send them obvious lies and contradictions from cathedrals of power. Watch them shake their heads and retreat […] Read more »

by Jon Rappoport | NoMoreFakeNews.com May 5, 2015   One type of mind control involves defeating logic as a method of thinking. Modern formulations of basic logic begin with the statement: You can’t have A and not-A. Which is a way of saying contradictions are unacceptable. So it’s no surprise that mind control attempts to introduce contradictions into rational processes. You see this in propaganda. For example: People who are vaccinated are […] Read more »

by Jon Rappoport April 28, 2015 NoMoreFakeNews.com OutsideTheRealityMachine This operation has various stages. It can be applied to issues like vaccination, GMO food, climate change, fake epidemics, elections, war—and it can be applied widely across the general subject of reality itself. It begins with some “authoritative” voice proclaiming an idea is a fact. Well, someone has to start the ball rolling. Very quickly, according to plan, others pick up the […] Read more »