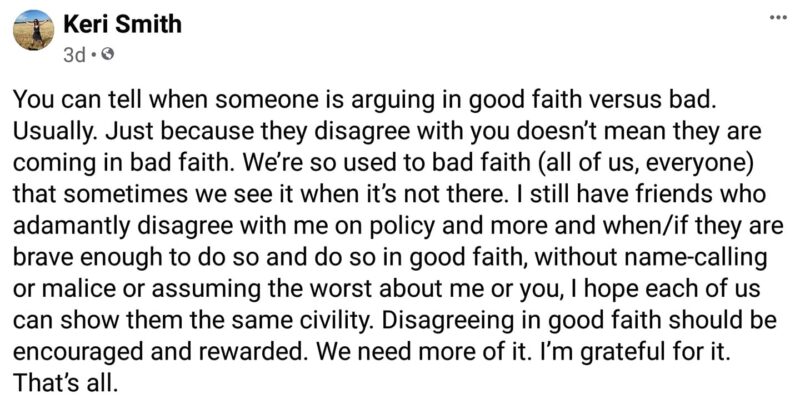 Holding a conversation in good faith, which is a conversation that places the truth above one’s desire to win and be right, requires at least five (of the eight) intellectual character traits developed within the individual: Argumentative people who love to debate, known as sophists, actually make it harder for true intellectual and collaborative discussions, because it selects against thinking through punishing it, therefore according to Jordan Greenhall, causing onlookers to conclude that sophistry and the emotionally charged use of force defeats critical thinking.

A debater [sophist / skilled manipulator] is engaging in a pattern recognition and rapid response activity with perhaps a specific small amount of focused thinking controlling the structure. I think I should be clear that the primary utility [of sophistry and debate] is in besting someone in a social conversation, and that isn’t at all conducive to collaborative thinking. So what ends up happening, is that when someone shows up that is actually trying to engage in collaborative thinking, and someone else deploys the primary toolkit of debate, the debater will show up as winning, at least to those who are not watching closely, and the thinker will show up as being often times really rather stupid, and so nobody wants to emulate that. So what ends up happening is it begins to select against thinking in both directions, which is to say that people trying to think lose, and other people don’t even try because it just looks like a bad choice. This shows up all over the place, and political infighting is of this sort. ~Jordan Greenhall 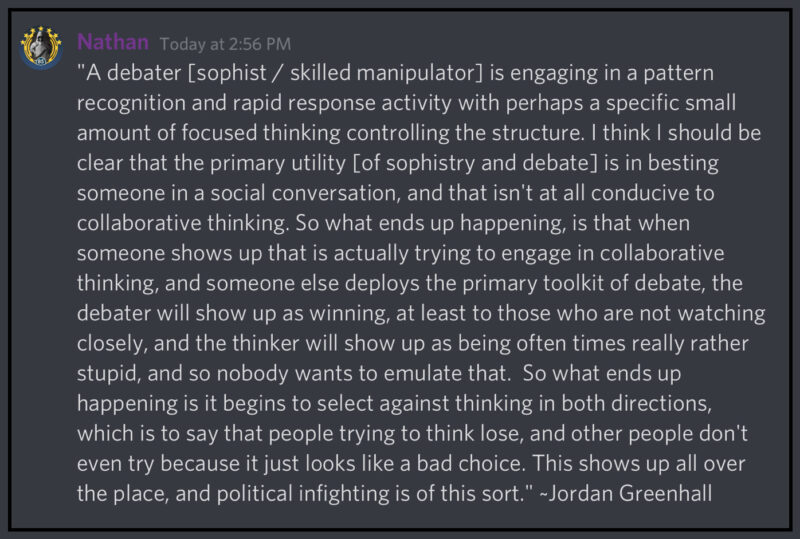