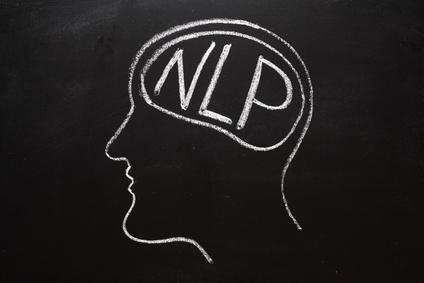 I listened to the NLP Mastery subliminal track 24 times according to my play count, but a few times were twice a day, so it wasn’t 24 straight days, but more like 19 straight days total.  On the 18th play or so, I felt a block remove to NLP Mastery, which felt quite literally like the message “dropped” into my subconscious mind.  I took off the headphones after that play and fell to sleep for a nap, where I had many dreams where I was using NLP easily and effectively in professional and daily use.

Several days after that “dropping” experience, and having listed to it around 6 more times, I woke up in the morning with the inspiration to make an NLP script to use with both a custom subliminal track and EFT meridian tapping.  I’m very excited to see what kinds of endeavors my new level of NLP mastery will produce!  Thanks to Talmadge Harper for the great product, I love it!
Just in case you do not know what NLP is, it is basically “word magic”, how to bypass the conscious mind in order to speak directly to the subconscious mind.  This form of “word magic” is very powerful, and as such, can be used in a dark fashion to manipulate people, and the masses, but it can also be used in a light fashion to liberate people.  Those who use it in a manipulative fashion are what is known as “sorcerers”, while those who use it for liberation are known as magicians.  When you are a game piece, you are a pawn who has word magic used against you, either for the dark or the light, but when you are able to use this magic effectively, which takes a deep self-knowledge, you are a game player.  To learn more about game pieces and game players in the game of life, see the Kindle eBook, “The Happiness Game“.
Post Views: 562