You are here: Home » Archives for hero’s journey 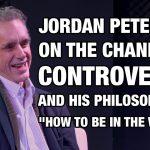 Jordan Peterson responds in full to the Channel 4 interview and its aftermath. He also elaborates on what we think are the five strongest points of his philosophy on “how to be in the world”, namely: The centrality of the archetypal hero’s myth The central role of the Logos during the hero’s narrative Making the right sacrifices when bargaining with the future Orienting yourself towards the highest possible good you […] Read more » 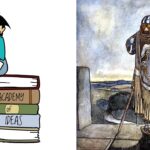 In this video the author’s explore the relationship between mythology and the unconscious, and look at the mono-myth Joseph Campbell called the myth of the hero’s journey. Joseph Campbell was also the mentor of George Lucas, the creator of Star Wars: Read more »