You are here: Home » Archives for liberalism 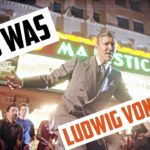 A really well done series of videos by AIER, the American Institute for Economics Research, on Ludwig Von Mises, and at the end, the last video is a fun rap battle between Marx and Mises that can be used as a great teaching tool for beginners. As for this next video, it’s the only one I find fault with, because it’s too black and white, and falls into black and […] Read more » 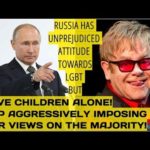 I can get behind the main message of leaving children alone, and letting them decide for themselves when they’re old enough, and reasonable enough, to decide such weighty things for themselves. However, there is a subtle distortion coming from Putin’s view, which is the “respect the majority” aspect, as this is mob rule (also known as democracy). Some mystical sects viewed Jesus as a metaphor for the Divine Logos, also […] Read more »