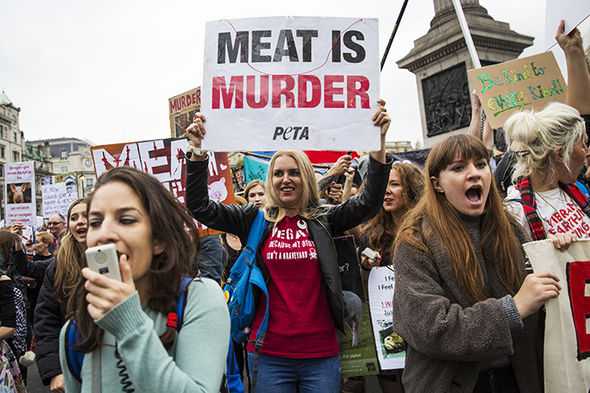 “You cannot give self-government to anybody. He has got to earn it for himself. You can give him the chance to obtain self-government, but he himself out of his own heart must do the governing. He must govern himself. That is what it means. That is what self-government means. . . . There must be control. There must be mastery, somewhere, and if there is no self-control and self-mastery, the control and the mastery will ultimately be imposed from without.” ~Teddy Roosevelt, At University of Wisconsin, Madison, April 15, 1911., Mem. Ed. XV, 548; Nat. Ed. XIII, 594.

John Locke, in his Two Treatise’s on Government, established the philosophy that it is the individual will aligning itself with law of reason, aka with natural law, through cultivating the ability to reason, that grants man his rights.

§ 56. Adam was created a perfect man, his body and mind in full possession of their strength and reason, and so was capable, from the first instant of his being to provide for his own support and preservation, and govern his actions according to the dictates of the law of reason which God had implanted in him. From him the world is peopled with his descendants, who are all born infants, weak and helpless, without knowledge or understanding: but to supply the defects of this imperfect state, till the improvement of growth and age hath removed them, Adam and Eve, and after them all parents were, by the law of nature, under an obligation to preserve, nourish, and educate the children they had begotten; not as their own workmanship, but the workmanship of their own maker, the Almighty, to whom they were to be accountable for them.

§ 57. The law, that was to govern Adam, was the same that was to govern all his posterity, the law of reason. But his offspring having another way of entrance into the world, different from him, by a natural birth, that produced them ignorant and without the use of reason, they were not presently under that law; for no body can be under a law, which is not promulgated to him; and this law being promulgated or made known by reason only, he that is not come to the use of his reason, cannot be said to be under this law; and Adam’s children, being not presently as soon as born under this law of reason, were not presently free: for law, in its true notion, is not so much the limitation as the direction of a free and intelligent agent to his proper interest, and prescribes no farther than is for the general good of those under that law: could they be happier without it, the law, as an useless thing, would of itself vanish; and that ill deserves the name of confinement which hedges us in only from bogs and precipices. So that, however it may be mistaken, the end of law is not to abolish or restrain, but to preserve and enlarge freedom: for in all the states of created beings capable of laws, where there is no law, there is no freedom: for liberty is, to be free from restraint and violence from others; which cannot be, where there is no law: but freedom is not, as we are told, a liberty for every man to do what he lists: (for who could be free, when every other man’s humour might domineer over him?) but a liberty to dispose, and order as he lists, his person, actions, possessions, and his whole property, within the allowance of those laws under which he is, and therein not to be subject to the arbitrary will of another, but freely follow his own.

§58. The power, then, that parents have over their children, arises from that duty which is incumbent on them, to take care of their off-spring, during the imperfect state of childhood. To inform the mind, and govern the actions of their yet ignorant nonage, till reason shall take its place, and ease them of that trouble, is what the children want, and the parents are bound to: for God having given man an understanding to direct his actions, has allowed him a freedom of will, and liberty of acting, as properly belonging thereunto, within the bounds of that law he is under. But whilst he is in an estate, wherein he has not understanding of his own to direct his will, he is not to have any will of his own to follow: he that understands for him, must will for him too; he must prescribe to his will, and regulate his actions; but when he comes to the estate that made his father a freeman, the son is a freeman too.

It is important to clarify that the philosophy surrounding natural law does not imply that animals do not have the right to exist, to live, or to defend themselves, but that beings without the capacity or ability to reason are always subject to those who do. John Locke’s two treatises were far from the original exploration of this concept, as Aristotle covered it extensively in his treatise Metaphysics. In it he detailed that those who understand first causes are the ones who give orders, while the less wise “should obey” them—this is a universal principle.

For the wise man should give orders, not receive them; nor should he obey others, but the less wise should obey him. ~Aristotle, Metaphysics, Book 1

Behaving like an animal, often called being animalistic, is not natural, but rather is the hallmark of those who are unable and/or unwilling to subjugate their base animal desires to reason, meaning, and purpose. The New Testament of the Bible rebukes those who let their animal natures run wild, as do many other mystical sects, and the American founding fathers even warned against animalistic (immoral) behavior, as it would weaken the cause of liberty and erode our natural rights. I have five dogs, and I’m a dog lover, and dogs will have sex with other family members without a second thought if I do not get them fixed or keep them separated when the females are in heat; I can’t reason with them and explain why it is wrong, nor can I explain to them the damage that inbreeding can cause, thus as a master I have the obligation to impose my will upon them to manage their animalistic impulses.

Our Constitution was made only for a moral and religious people. It is wholly inadequate to the government of any other. ~John Adams

Human rights can only be assured among a virtuous people. The general government . . . can never be in danger of degenerating into a monarchy, an oligarchy, an aristocracy, or any despotic or oppressive form so long as there is any virtue in the body of the people. ~George Washington

Only a virtuous people are capable of freedom. As nations become more corrupt and vicious, they have more need of masters. ~Benjamin Franklin

It is in the manners and spirit of a people which preserve a republic in vigour. . . . degeneracy in these is a canker which soon eats into the heart of its laws and constitution. ~Thomas Jefferson

The order of nature [is] that individual happiness shall be inseparable from the practice of virtue. ~Thomas Jefferson

Virtue, morality, and religion. This is the armor, my friend, and this alone that renders us invincible. These are the tactics we should study. If we lose these, we are conquered, fallen indeed . . . so long as our manners and principles remain sound, there is no danger. ~Patrick Henry

Additionally, just because I’m not a vegan, nor do I align with the Marxist proxy ideology that is veganism, it does not mean that I do not feel that we have a responsibility to treat animals humanely while they are living. Since they are under our care, we absolutely do have a responsibility to raise and care for them in a humane fashion, but this doesn’t imply that it is murder to eat them, or that it is slavery to benefit from them in some other way. I’m not advocating for animal cruelty, and in fact, I feel that the more people understand the true nature of reason and whence our natural rights are derived, the better the earth’s creatures and environment will be treated, as it is fully within our own self-interests to take proper care of the world we live in. We’ve been poor stewards of our world, and this isn’t due to greed, but due to our individual abdication of our responsibility to subject ourselves to natural law (law of reason / the Logos).

In conclusion, since animals do not have the capacity to reason, and because they are unable to use reason to understand and claim their rights, they do not have natural rights. Since morality governs the relationship between how reasonable people are to behave responsibly towards each other in respect to their natural rights, it is perfectly moral to subjugate animals, to eat them for food, and to benefit from them in other ways. While it is perfectly reasonable to have dietary preferences due to one’s own subjective preferences, and a strong case can be made that as nature’s custodians, it is our duty to treat all of creation with respect and dignity, it becomes ideological, and therefore immoral, when vegans attempt to make their subjective viewpoints about animal rights equal to and superseding objective moral principles.