You are here: Home » Alchemy » A True History of Left & Right

The left/right political spectrum actually comes from the occult concepts of the left and right hand paths, where the left hand path represents chaos and inversion, and the right hand path is based on order and the Divine Logos.  Before anybody says that fascism and racism are on the far right, please realize that both are also a type of collectivism and authoritarianism, and are therefore considered inversions of that which is good, which is a trait of the left. This is because the left/right political spectrum has been purposefully muddied and distorted to confuse people, by placing obvious left hand path ideologies as if they were on the right. The further left a person becomes, the more they collectivize and are externally governed, while the further right a person becomes, the more they individualize and self-govern. To gain a better understanding of the foundational concepts that comprise the actual left and right of our political spectrum, you can look up the Wikipedia entries on both the left and right hand paths.

The following are three videos that should be watched in order, that explores the notion in greater detail. 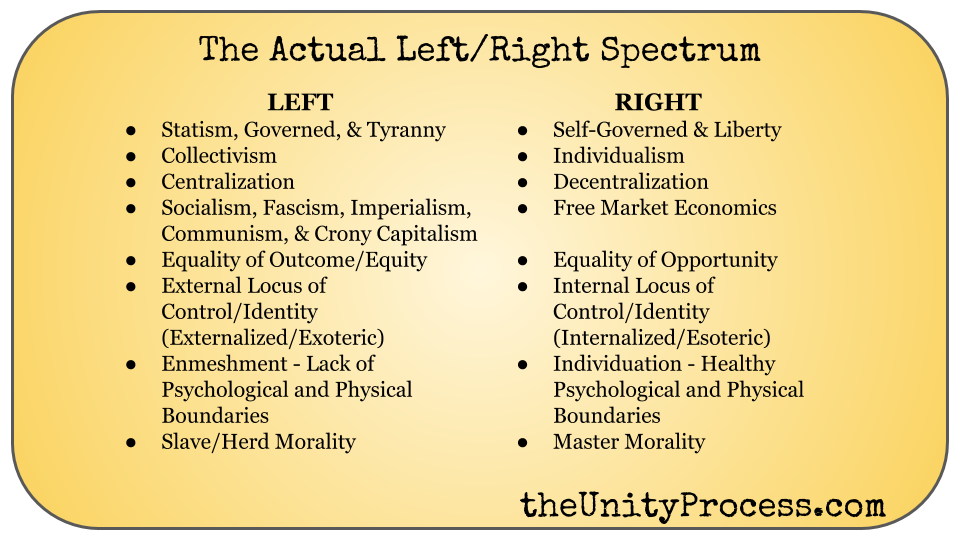