You are here: Home » Alchemy » Alchemically Transform Your Blocks with Your Thinking

Aline and I were reflecting on the following question for many days, “what is the difference between hitting a block and minimizing it by going into cognitive dissonance, and hitting a block and alchemically transforming it?” The answer was monological vs multilogical thinking.  According to CriticalThinking.org:

Monological (one-dimensional) problems: Problems that can be solved by reasoning exclusively within one point of view or frame of reference. For example, consider the following problems: 1) Ten full crates of walnuts weigh 410 pounds, whereas an empty crate weighs 10 pounds. How much do the walnuts alone weigh?; and 2) In how many days of the week does the third letter of the day’s name immediately follow the first letter of the day’s name in the alphabet? These problems, and the means by which they are solved, are called “monological.” They are settled within one frame of reference with a definite set of logical moves. When the right set of moves is performed, the problem is settled. The answer or solution proposed can be shown by standards implicit in the frame of reference to be the “right” answer or solution.

Most important human problems are multilogical rather than monological — nonatomic problems inextricably joined to other problems — with some conceptual messiness to them and very often with important values lurking in the background. When the problems have an empirical dimension, that dimension tends to have a controversial scope. In multilogical problems, it is often arguable how some facts should be considered and interpreted, and how their significance should be determined. When they have a conceptual dimension, there tend to be arguably different ways to pin the concepts down.

Monological (one-dimensional) thinking: Thinking that is conducted exclusively within one point of view or frame of reference: figuring out how much this $67.49 pair of shoes with a 25% discount will cost me; learning what signing this contract obliges me to do; finding out when Kennedy was elected President. A person can think monologically whether or not the question is genuinely monological. (For example, if one considers the question, “Who caused the Civil War?” only from a Northerner’s perspective, one is thinking monologically about a multilogical question.)

The strong sense critical thinker avoids monological thinking when the question is multi-logical. Moreover, higher order learning requires multi-logical thought, even when the problem is monological (for example, learning a concept in chemistry), since students must explore and assess their original beliefs to develop insight into new ideas.

Multilogical (multi-dimensional) problems: Problems that can be analyzed and approached from more than one, often from conflicting, points of view or frames of reference. For example, many ecological problems have a variety of dimensions to them: historical, social, economic, biological, chemical, moral, political, etc. A person comfortable thinking about multilogical problems is comfortable thinking within multiple perspectives, in engaging in dialogical and dialectical thinking, in practicing intellectual empathy, in thinking across disciplines and domains. See monological problems, the logic of questions, the logic of disciplines, intellectual empathy, dialogical instruction. 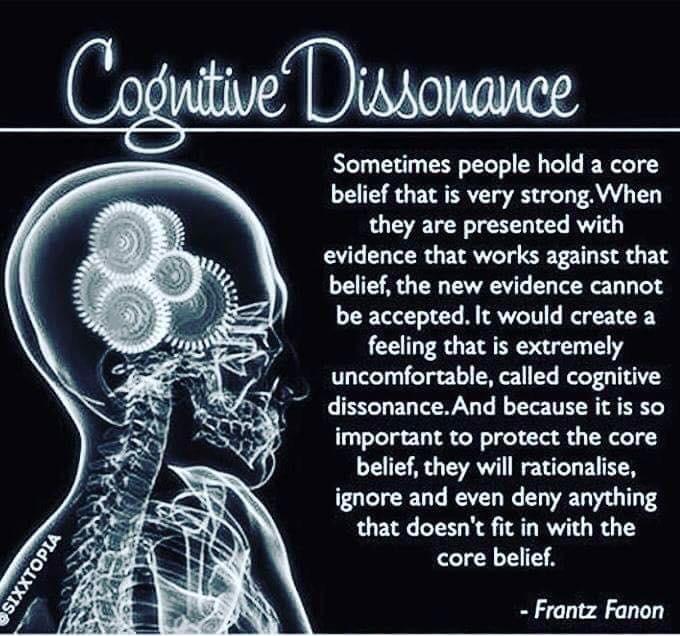 When trying to communicate with your friends, family, and critics, especially when they are the supposed educated rational types, they will often demand “empirical proof” of your claims. Unfortunately, giving them proof doesn’t shake their confidence, since their mind’s are unable think in a multilogical way.  Thus, in your attempts to discuss your views with them, you will find yourself expending tremendous amounts of energy going nowhere fast. While they demand proof, what they are really saying is “you are not an authority, and I only accept information presented to me from authorities.” Why is this the underlying message, and why might their minds behave in this way?

There are two major ways to learn, didactic outside-in learning and dialogical inside-out learning, and our public and private school systems predominantly use didactic transmission of ideas with their students. Didactic teaching tells a student what to believe, by giving them the answers, and asks that they memorize the material and repeat it back correctly on a test in order to get a reward, and to avoid a punishment. In contrast, dialogical learning is a dialogue between teacher and student, where the teacher facilitates class by asking a myriad of questions about the source material, and allows students to hone and refine their thinking, and discover their beliefs from within. Dialogical thinking puts emphasis on sympathetically placing oneself in the shoes of another, in order to analyze and understand the other party’s assumptions and reasoning; this produces empathy, knowledge, and understanding for themselves and those around them. In short, didactic teaching is an external authority telling a student what conclusions to believe, while dialogical teaching allows the student to analyze the various perspectives in order to critically think their way to their own conclusions, and thus become their own authority from within.

Didactic teaching conditions the student’s mind to think in a monological manner, meaning, that there is only one right way to find the right answer for any given question, where the teacher/authority trains the student to use specific methods in order to get their packaged answers.  It also conditions the student’s mind to automatically trust authority figures who tell them what to think and believe, and to trust the information that authorities pass along. This means that those trained in a didactic manner are more willing to accept the official narrative on any given issue, as long as it was given by the proper authority. Didactic minds are usually unwilling to question authority for fear of punishment (getting a poor grade), and missing out on their rewards (getting a good grade). Lastly, didactic minds are typically resistant to listen to anybody who does not carry the weight of an official authority, or who contradicts the official narrative, even if they have sound assumptions and reasoning to back up their claims.

Conversely, a mind that has been trained with dialogical discussions is more prone to thinking in a multilogical fashion, as they are comfortable with processing multiple different perspectives and viewpoints, and synthesizing what works into their conclusions. While there are still monological problems that requires monological answers, such as math and physics, dialogical minds are open to ongoing dialogue with others in order to think their way to the best possible one right answer. Additionally, a dialogically trained mind will not trust so-called authorities, because their teachers were merely facilitators and peers who assisted them with their own thinking process. Attacks from an authority, or those who are supporting the authority’s official narrative, are like water off of a ducks back to a dialogically trained mind, as an external authority with the power to reward and punish is a foreign concept to their thinking process—for “as we think, so we are”.

In regards to the world’s problems, relationship problems, political problems, and a myriad of other multilogical problems, it requires a mind that is capable of listening to and empathizing with multiple viewpoints, and analyze the multiple faceted causal factors involved, in order to process them into a satisfactory resolution. Oftentimes though, some dialogues can be contentious and emotionally charged, and in such cases, it is important to be skilled in dialectical thinking.  Dialectical thinking is when multilogical processing is used in a dialogue between opposing ideas or factions; it is an important facet of multilogical thinking. Dialectical thinking is perfect for resolving emotionally charged disagreements and conflicts, as long as both parties are willing to stay engaged in the conversation, in spite of their emotional triggers, and process the issue in a multilogical fashion. If both parties are not willing to stay engaged, or if one of the parties is still too one dimensional in their thinking, then it may be best to terminate the conversation, and turn one’s thinking inwards to reflect on the exchange.

To sum it all up, a multilogical mind can utilize monological thinking when the situation warrants it, but a monologically trained mind is incapable of utilizing multilogical thinking, since they were never trained to think their way to their own conclusions.  Most blocks and problems are not monological, so trying to use one dimensional thinking that avoids other perspectives and streams of reasoning, especially the inability to entertain them in a sympathetic manner, will ultimately lead one to survival responses and cognitive dissonance. It’s important to employ the various forms of multilogical thinking, in order to transform your blocks and solve your problems.

So while you may hold out hope that you can win over your friends, family, and even critics to the many conclusions that you’ve come via your multilogical critical thinking, it will probably fall upon a closed didactic mind that only trusts official talking points and narratives given by authority figures. The best way to wake up the unthinking is still through refining and honing your own mind, through dialogical thinking, dialectical problems solving, and emotional process work. Maybe just maybe, as long as you keep asking your friends and loved ones enough thinking questions, you’ll build up enough trust, and find the right question that provokes an ah-ha moment within them. After their epiphany, it may just spark enough desire within them to ask more questions.

In order for you to see how I chose to terminate a conversation with an overtly critical monological thinker, I’ll leave you with a reply that I wrote to a YouTube commentor who was parroting the official narrative and party line, and was resisting researching the topic and thinking for himself:

“Your narrowly focused monological mind cannot even comprehend anything that might be even a tiny bit out of the box, because you were never trained how to think with multilogical processes, but rather conditioned and engineered through didactic teaching into one dimensional thinking. Do not lecture me on empirical evidence when the very thought process you are using is compromised. Orgone was proven, and then covered up. If you could use your brain for anything more that parroting the party line, and parroting the religious doctrine of state funded science, you might be able to see the bigger picture. Once you retrain your mind how to think, we might be able to have an intelligent conversation, but as it stands, you’re too ignorant to even know that you don’t know.”

While I will never convert him with such an analysis, I did speak directly to the core issue in our dialogue, and I ended the conversation in a way that leaves open a future rational discussion, if and only if he refines his own intellectual capacity. I choose to spend my time in discussions with those who are open to solving disagreements in a multilogical manner, but I will not waste it on arrogant parrots clinging to their one dimensional thinking.