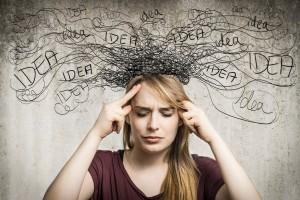 Each person speaks and writes their insights from the level that they are at, and from where their perceptions are in the moment they are conveying their message. If they have not honed their ability to reason, especially with a system of critical thinking that continually asks and refines questions (we recommend the Trivium), then the messages that they are conveying are going to be quite limited, uninformed, and lacking reason. This is particularly true about those within exoteric spiritual and political arenas, where they are attempting to search for answers to questions without first having the full context of the problem, where it originates from, who originated it, and when it started. Asking why the problem exists in the first place, who stands to benefit from it, and a myriad of other context providing questions, as well as removing the contradictions between the information and reasoning, is also important.
While not learning how to think critically as a child is a major contributing factor, emotional biases and self-sabotaging patterns of relating, which stem from childhood wounding and societal conditioning, is probably the biggest reason why people are unable to effectively use their mental capacity, as well as convey rational messages to the public. They have past wounds that cause blind spots in their thinking, where they become emotionally attached to fixing and/or avoiding their past traumas, which then taints everything they are living and conveying. Since they are attached to outcomes that fill past childhood voids, their reasoning and mental power is channeled to protecting and fulfilling their basic needs, rather than looking objectively at the overall situation. They lack discernment because they are deceived by their own emotional wounds, and are thus unable to provide actual solutions to their audience—except those that pass through the filter of their traumas.
Whereas everyone is entitled to their opinion, not everyone has the same capacity to speak with authority on each subject, nor does each person have the same capacity to convey rational arguments that support their position. Those who still act as an authority but lack both the emotional and rational depth of character to be an authority are boastful, arrogant, and proud, and attract their audiences with their big words and bold statements; for while they may possess the rhetoric of an authority, they lack both the knowledge and logic of one. Whereas exoteric authority figures are an outside-in authority over others, and contain little substance in their irrational, emotionally driven claims, esoteric individuals are an authority of one from the inside-out. Esoteric individuals tend to collaborate together as co-creators, whereas exoteric authority figures tend to attract followers and groupies, and create unnatural top-down hierarchies of dominance and control.
As a result of their emotional attachments, many so-called “gods, goddesses, gurus, and leaders” are neglecting their number one tool of growth by refusing to think; instead they are acting impulsively upon the limited information and reasoning they have, and are presenting it as “truth” to their followers. This is not only ignorant, it is downright dangerous for themselves, their followers, and the world at large, for it is skewed, emotionally attached thinking that produces skewed, emotionally attached solutions.  With all of this being said, our mind is not our problem, but how we use, misuse, or refuse to use our mind—is our problem.
Post Views: 190