You are here: Home » Critical Thinking » Einstein on Education 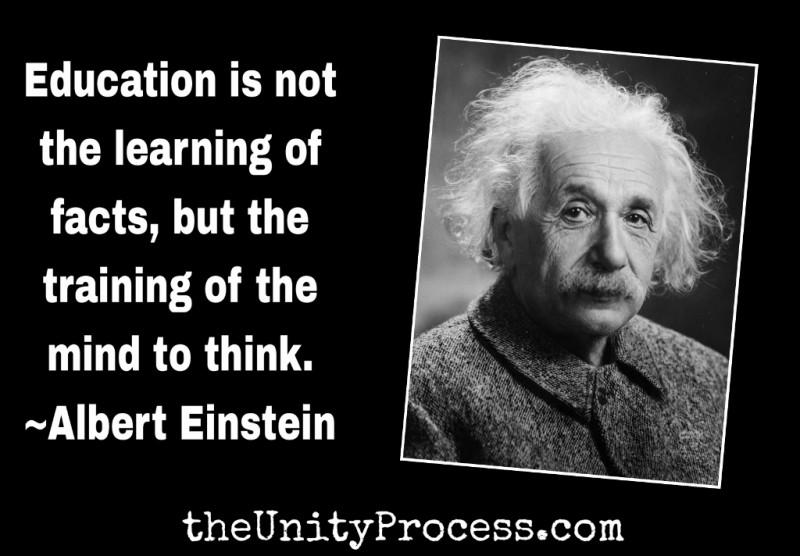 Einstein is often quoted as having said, “education is not the learning of facts, but the training of the mind to think.” However, this was not his exact wording, but a paraphrasing of what he said in a letter to Thomas Edison:

“It is not so very important for a person to learn facts. For that he does not really need a college. He can learn them from books. The value of an education in a liberal arts college is not the learning of many facts, but the training of the mind to think something that cannot be learned from textbooks.” ~Albert Einstein, “Einstein: His Life and Times”, by Philipp Frank

It is important to establish that the meaning of the word liberal stems from the Latin root liber, which means “free (man)”, and is connected to liberty, liberate, and library, and has absolutely no connection to its common pop-culture meaning of a left leaning socialist. 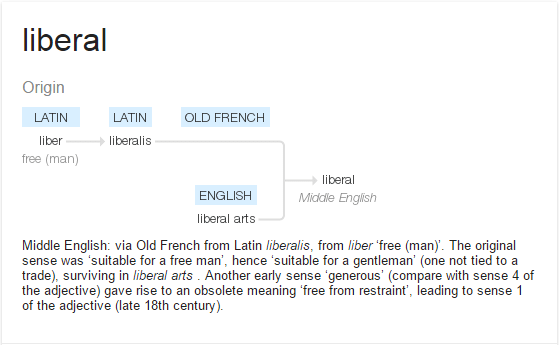 It is also key to note that a liberal arts college is not the same thing as a university where you learn a trade, as the seven liberal arts, which were traditionally only available to the free and not to women or slaves, is still segregated in today’s universities.  Unfortunately, today’s liberal arts colleges are no longer adequately teaching the seven core liberal arts either, for if they were, humanity would not be so thoroughly enslaved as it is.

While education was meant to be a form of liberation from thought slavery, today’s schools, universities, and colleges are predominantly meant to program people with skills and facts, and are not an education up to liberal (free man) standards; they are a means of indoctrination and not liberation.

In today’s society, slaves learn the facts and skills necessary to perform a trade and work for their bosses (masters), they are quite literally programmed to do their chosen job.  Masters instead learn a watered down version of the seven liberal arts, which teaches them some critical thinking skills, and they go on to run the companies that employ the slaves. Then you have the Ivy League colleges, along with their associated secret societal foundations, which run everything above that, from the top down.

We feel that it is important to learn the seven liberal arts as a free (man) would, especially the first three, which comprise the Trivium method of critical thinking of Grammar, Logic, and Rhetoric.  This higher form of education will allow an individual to eventually break free from the entire control system, through training “the mind to think something that cannot be learned from textbooks”, and will lead the individual to experience a sovereign life free from slavery, masters, and head-masters. To us, learning to think is the ultimate education, and all of the skills and experiences that result from right thinking is just the fruits of our independent and well trained thoughts.