You are here: Home » Alchemy » How Can We Rise Above the Psychopaths in Power? 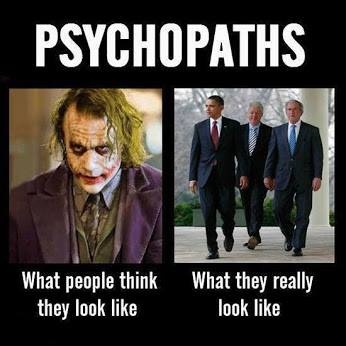 A broken psychopath becomes common criminal or serial killer, while a functional psychopath becomes a CEO, politician, and other high end jobs with authority over others. A normally functioning human is ternary with their perceptions, feelings, and actions, but psychopaths are emotionally deficient, and are thus binary with only their perceptions and actions, making them unable to empathize with those around them. This deficiency makes them able to act easily (and faster) without worrying about the feelings of others, so where a morally centered being will take time to consider the moral consequences of any action, a functional binary psychopath will do whatever it takes as long as they don’t get caught.

This also makes lying, back stabbing, cheating, etc. easier for them, as they do not have their feelings to slow their actions. This causes them to rise to the top of the hierarchy, whereas feeling individuals end up serving their heartless masters as slaves at the bottom. So while psychopaths may look the same as the rest of us, on the inside they are a type of android, an emotionally deficient being much like an artificial intelligence (AI).

Do we really need a new system of governance, from one ‘ism’ to another, where we replace our current psychopath rulers with new improved psychopath rulers? Or do we need to do away with rulers altogether, and learn a new form of natural hierarchy, where we rule ourselves from within? It is the psychopaths that are deficient, and not us, as our feelings are not a roadblock to success but the key ingredient that makes our potential infinitely more than theirs–and yet we sit at their feet in service to them.

Emotional process work is our key to unlocking our infinite potential, where we can transcend the slavery that we’re currently trapped in. Join us as we leave our burdensome service to our emotionally deficient android cousins, so that we can shine as an inspiration to all life–even theirs.

2 Responses to “How Can We Rise Above the Psychopaths in Power?”