You are here: Home » Critical Thinking » Intellectual Self Defense Example #1

This was a conversation I was having with another somewhat fairminded individual in a philosophy group, where the main topic of the group is liberty. An ideologue jumped in and decided to laugh at and ridicule my main two comments (that contained reasonable questions) without actually engaging, formulating an argument, or saying anything else. I chose to call him out for two reasons: 1) I am intolerant of vocal ideologues who refuse to think or engage in a fairminded manner, and instead choose to resort to ridicule. Since tolerance/suffering means implied consent, I refuse to consent to such pretentious behaviors. 2) It is really important for onlookers to see how I handle such people, where I don’t actually engage their emotionally charged talking points or accusations, but rather call out their underlying poor thinking and character traits, such as intellectual pretentiousness, lack of reason, and cowardice—all of which make a fairminded conversation impossible. 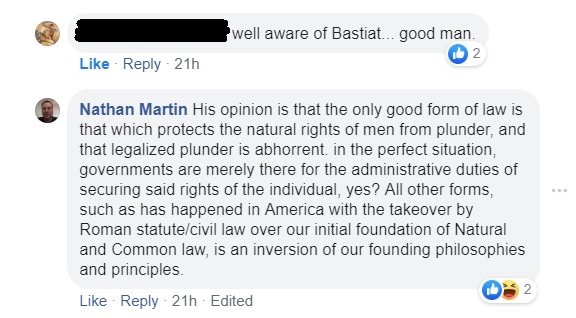 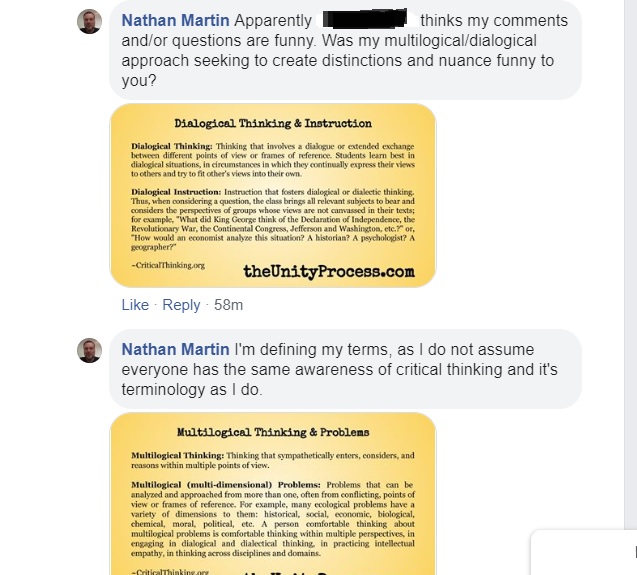 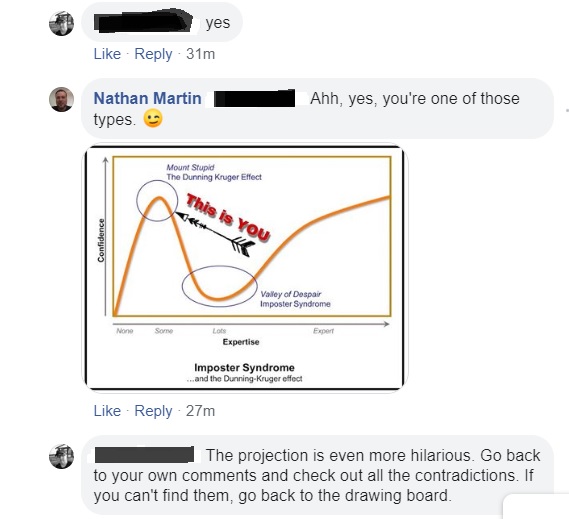 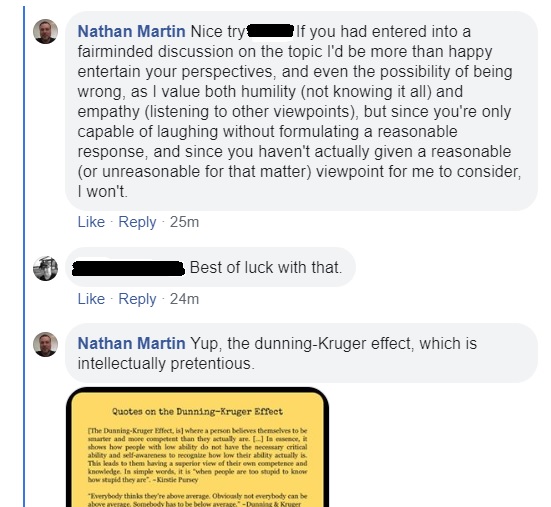 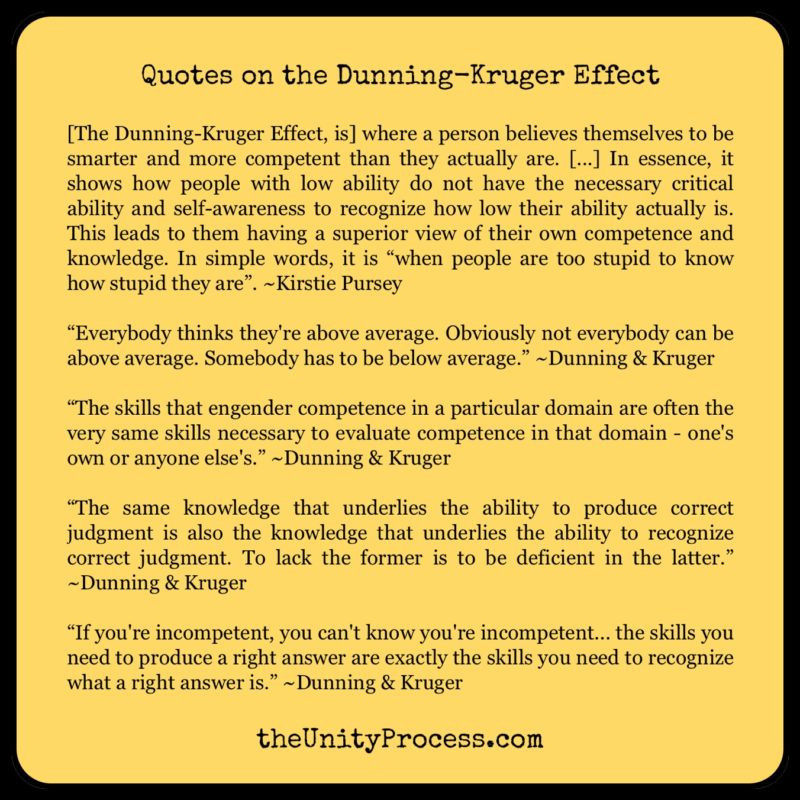 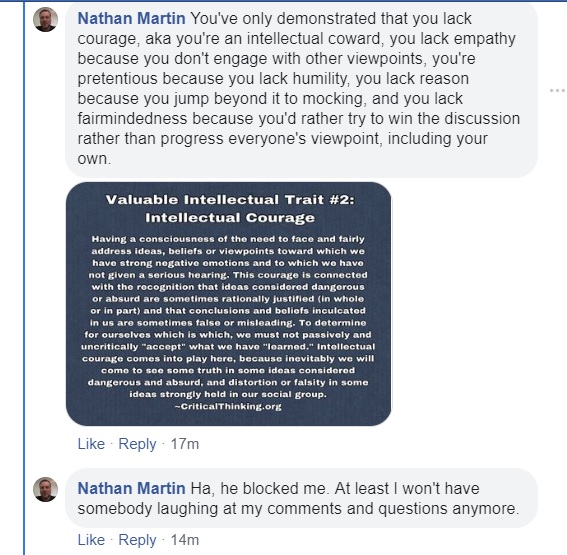