Watch this short clip to better understand what I say below.

Coach Kerr, in your professional basketball opinion, what is the purpose of the second amendment? Oh, you do not really understand it?  I will give you my understanding then…

The Second Amendment was created for many reasons, but the biggest was to keep politicians accountable to the people they serve. In constitutional law, guns are not just for killing Bambi, but for ensuring politicians do not overstep the rights and liberties of the people. The U.S. Bill of Rights was mainly drafted to ensure that the government served the people, rather than the people serving their government.  Unfortunately, in order for the second amendment to work, people need to be individualists and freethinkers, rather than collectivists and dumbed down slaves. Steve Kerr is a solid basketball coach, but is he a solid independent thinker? Do his opinions and reasoning carry weight when trying to understand the foundational principles of Constitutional law, or with matters of individual morality?

Simple-minded people think that simple solutions can fix complex moral dilemmas, but the troubles plaguing America are anything but simple; they require multilogical critical thinkers willing to examine the issues from multiple points of view and frames of reference, including historical, social, economic, biological, philosophical, psychological, moral, political, etc. Those willing to give us a simple answer to a complex issue, such as “gun control”, are wolves in sheep’s clothing, and do not have our best interests at heart.

The media, big business, and the government would love for people to believe that guns are less dangerous when they are centralized and in the hands of the politicians, and specifically in the hands of the police and military that they command, than when guns are decentralized and in the hands of the people. They want us to believe that decentralization is chaotic and bad, but in all actuality, history has shown us time and again that the centralization of firearms has been toxic and harmful to human safety and freedom—both through wars and through the brutal crackdowns of tyrants and despots. Therefore, it is decentralization that promotes safety without sacrificing liberty, as it localizes the amount of destruction that can occur when psychopaths abuse their power, while allowing individuals the ability to defend themselves.

Centralized power and authority, especially when there is a monopoly on firearms, can often lead to mass violence that kills people in the tens of millions. For example, Pol Pot killed up to 3 million of his people, Mao killed 45 million of his people, and Stalin killed up to 60 million of his own people.  In contrast, the Columbine shooting killed 15 people, the Florida shooting killed 17 people, and the Aurora theater shooting killed 12 people.  While not all governments or individuals kill people, which of the two has the capacity to kill the most people?  Should guns therefore be centralized in the hands of the few, or should they be decentralized in the hands of the many?

Here’s a final point to consider.  On the one hand, leftists claim that President Donald Trump is the next incarnation of Adolf Hitler, while on the other hand, they claim that the government should hold a monopoly on most firearm ownership, especially on the assault rifles that would be necessary to defend oneself against government sponsored tyranny.  What their logic is essentially saying is that we should forfeit our right to defending ourselves from tyrants to a government that they believe Adolf Trump leads.  If this isn’t a cognitive dissonance inducing contradiction, I’m not sure what is.

Memes for sharing on social media and elsewhere: 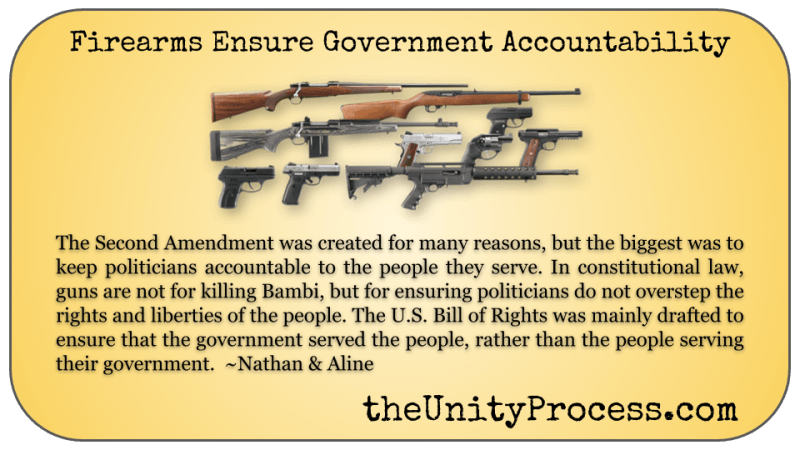 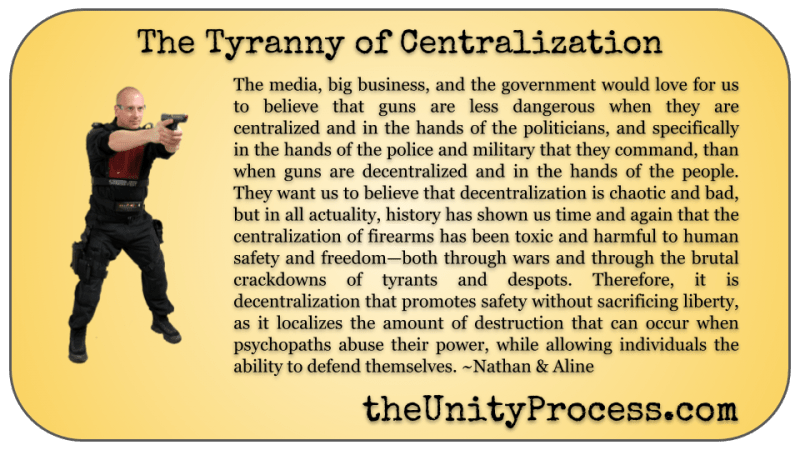 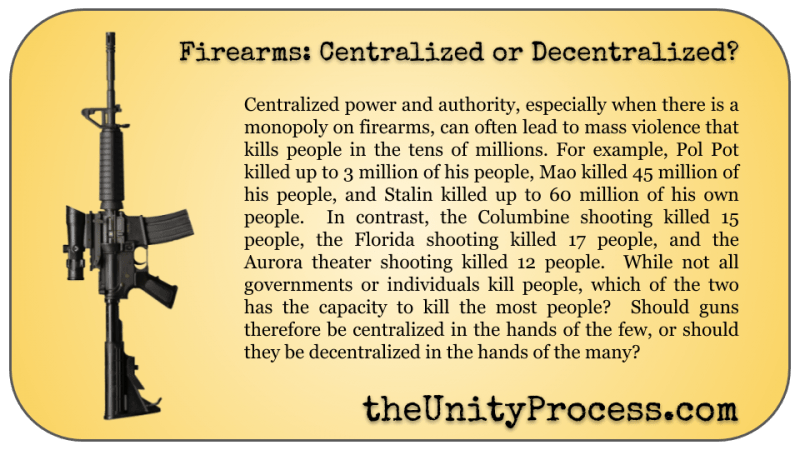 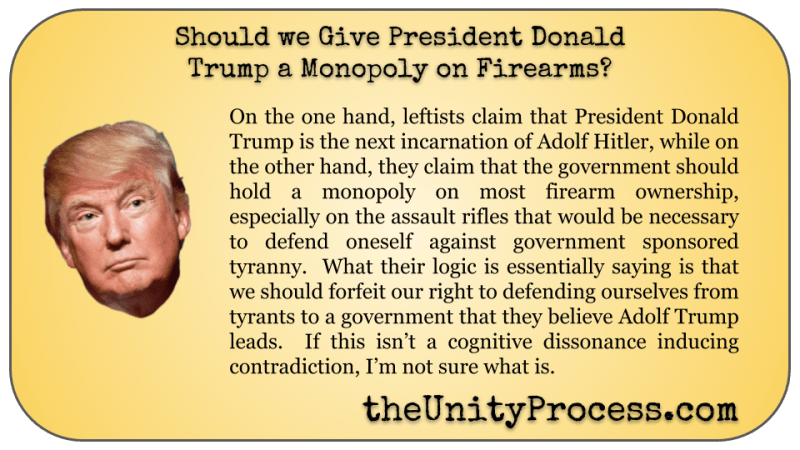