You are here: Home » Archives for pedophilia 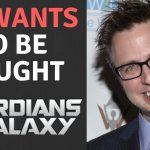 “In most cases a guilty conscience can be behind these types of very public admissions. It’s almost like the Disney director wants to be caught.” ~The Quartering Read more » 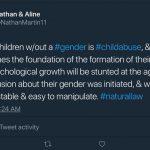 Should children be allowed to choose their own gender when they get older, rather than just being who they are born as? This is in response to a new trend called “raising theybies”, where parents raise children without a gender until which time the children decide what they will be. It is a well known psychological fact that children are in an open state of hypnosis until the age of […] Read more »