You are here: Home » Alchemy » The Royal Track of Mysticism 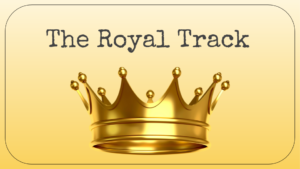 Do you want to take your spirituality and mystical practice to the next level? If so, I suggest taking the path that royalty takes.

Please read the exchange between Alexander the Great and his mentor Aristotle (see attached graphic), where Alexander laments the release of information in Aristotle’s treatise “Metaphysics”, as it gives the common man what only the bloodlines should be allowed to know. However, Aristotle implied that one cannot simply read Metaphysics (knowledge) and catch up, they must also understand it, and be able to apply its contents in practical ways (wisdom), which common people lack the ability to do, due to their having been instructed with inferior educational methods.

Не gave Aristotle and his pupil the temple of the Nymphs near Mieza as a place where they could study and converse, and to this day they show you the stone seats and shady walks which Aristotle used. It seems clear, too, that Alexander was instructed by his teacher not only in the principles of ethics and politics, but also in those secret and more esoteric studies which philosophers do not impart to the general run of students, but only by word of mouth to a select circle of the initiated. Some years later, after Alexander had crossed into Asia, he learnt that Aristotle had published some treatises dealing with these esoteric matters, and he wrote to him in blunt language and took him to task for the sake of the prestige of philosophy. This was the text of his letter:

“Alexander to Aristotle, greetings. You have not done well to write down and publish those doctrines you taught me by word of mouth. What advantage shall I have over other men if these theories in which I have been trained are to be made common property? I would rather excel the rest of mankind in my knowledge of what is best than in the extent of my power. Farewell.”

Aristotle wished to encourage this ambition of his pupil’s and so, when he replied to justify his action, he pointed out that these so-called oral doctrines were in a sense both published and not published. For, in truth, his treatise on metaphysics is written in a style which makes it useless for those who wish to study or teach the subject from the beginning: the book serves simply as a memorandum for those who have already been taught its general principles.

Those who are within the various bloodlines, such as the Merovingian bloodlines, are tutored from a young age in the Trivium (grammar, logic, and rhetoric), the Quadrivium (music, geometry, astronomy, and mathematics), Hermeticism/alchemy (the seven universal laws), natural law, and philosophy. I’d add psychology, both group and individual, for becoming royalty in modern times. The bloodlines are not taught “what” to think like the rest of us were, rather they are taught “how” to think, and are able to apply their superior modes of thinking to everything in their life. It’s much easier to reflect and do process work on oneself when you’ve been taught “how” to think, than if you were taught “what” to think, because now you have the means to actually unravel your limiting beliefs, become emotionally intelligent, and to develop your personality (ego / individuality / identity) in a way that’s efficient and productive. When one has only been taught “what” to think and not “how” to think, it’s easier (more efficient and productive) to just feel their feelings, and at least express/heal them in a limited fashion, than to reflect, examine, and understand them, since incorrect thinking processes will be used if they do attempt to work through them with their poor thinking, and it will be like a hamster running in a wheel going nowhere—poor thinking typically causes poor results.

In the movie The Matrix Reloaded, which was a metaphor in movie form about the logic/understanding aspect of the Trivium, the Merovingian (who is a metaphor that represents the various bloodlines in real life), had this to say about the power differential between the bloodlines and the regular people, and he narrows it down to “the why”, aka understanding causality.

“Beneath our poised appearance, the truth is we are completely out of control. Causality. There is no escaping it. We are forever slaves to it. Our only hope, our only peace is to understand it, to understand the why. Why is what separates us from them, you from me. Why is the only real source of power, without it you are powerless. And this is how you come to me: without why, without power, another link in the chain.” ~The Merovingian, The Matrix Reloaded

Understanding the why is what gives one true power, therefore to lead a powerful and intentional life, one would need to understand “the why” of their own existence from the inside-out, and develop their personality and character in such as way that it was founded upon the rock of objective, yet still esoteric, principles.

In the Royalty Track, one must know (read with comprehension using the correct grammatical meanings), understand (integrate via using the correct processes), and be able to apply (especially to one’s own life, psychological states, and relationships) the following: