We see imposter channeling ALL the time. If people do not have discernment when speaking to others in this realm, they will not have discernment in who they speak with in other realms. Fortunately, as we refine our discernment here, our discernment also improves there. Many people value having their ears tickled with clever deceptions more than they value the truth, as truth can be quite destructive at times. Thus, […] Read more » 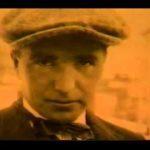 Another student of Freud, Wilhelm Reich, had the potential to change the world just as much as Carl Jung — but his ideas and inventions were suppressed by world governments, and are just now regaining popularity. Here is a documentary on Orgone Energy, coined by Reich, and beneath it, the life story of Wilhelm Reich which was made into a full length movie.   Documentary: The Suppressed History Of Wilhelm […] Read more »