You are here: Home » Logical Fallacies » Accusations & the Burden of Proof 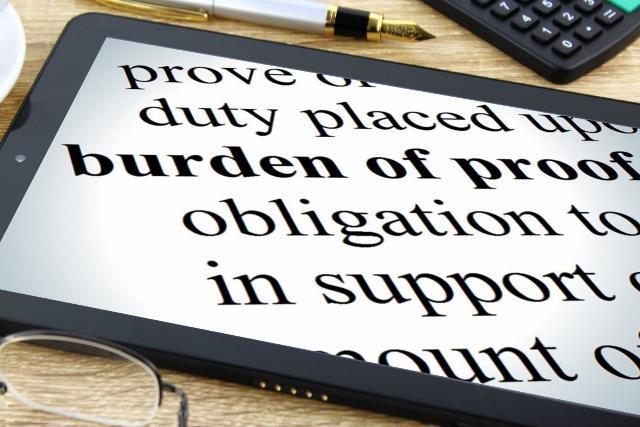 When making an accusation against another person, the burden of proof is on the accuser to prove the claim with sufficient evidence and reasoning. If the accuser is not clear about what exactly they are accusing a person of, and if there is not enough reasoning or evidence to back up their assertions, then there is a good chance that they are shadow projecting their own emotional baggage onto the other party for personal reasons, they are just terrible with their communication and reasoning skills, or both.  A baseless accusation that shifts the burden of proof onto the accused party deems them guilty without evidence, and is a “guilty until proven innocent” mindset.  However, a moral and upright culture, one that values the truth above being right, is based in an “innocent until proven guilty” mindset. Remember, the burden of proof is always on the person making the claim or accusation, and not on the listener or the accused.

The Burden of Proof Fallacy
“Making a claim that needs justification, then demanding that the opponent justifies the opposite of the claim. The burden of proof is a legal and philosophical concept with differences in each domain. In everyday debate, the burden of proof typically lies with the person making the claim, but it can also lie with the person denying a well-established fact or theory. Like other non-black and white issues, there are instances where this is clearly fallacious, and those which are not as clear.” ~Logically Fallacious

For example, if I make a claim about a product’s usefulness, the burden of proof is upon me to back up that claim. All a listener must do is ask me to provide my reasoning and evidence, and it is incumbent upon me to do so because I hold the burden of proof for my claims. However, if I make a claim and instead of asking me for evidence to back up my claims, a person attacks me or my character for making my claims, the burden of proof is now on them to back up their accusations of me.  After the accusation is properly sorted out, through the accuser backing up their accusations with the proper evidence, then the discussion about the original claim can resume, but not until then, because the two situations are unrelated.

We can keep the burden of proof on the responsible party by asking the simple question, “can you please provide evidence for your claim or accusation?”  After asking for enough evidence and reasoning, only then is it prudent to make a judgment on the initial claim.  However, emotionally motivated accusations, which are baseless, tends to assume guilt and attack a claim first, and never really gets around to asking the questions needed to make a reasoned judgment on the initial claim, which is putting the cart before the horse.  We must ask questions to gather evidence and reasoning, draw our conclusions, and then make our claims and/or accusations, rather than assuming conclusions and then making accusations based on our assumptions, which is circular reasoning.