Each being can be likened to an individual film projector, where the life force energy that flows through each person is the film, and thus the story, that each gets to create and experience.  This life force energy has many names, whether it is chi, kundalini, natural law, or the Force, but for all intents and purposes, it is actually “time/space”. This actuality has far reaching ramifications, as it means that each individual has their own reality that is distinct and individual from the next person’s reality. 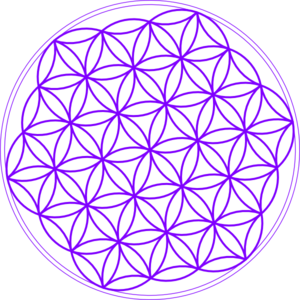 As we’ve stated many times before, we each create our own reality via our perceptions, feelings, and actions, and in that order, where these three aspects makeup our projector/vehicle known as our body.  My perceptions of how I view the world is cause, and both my feelings and actions are effects of that cuase, then my feelings are the effect of my perceptions, but still cause of my actions, and finally my actions are effects of both my perceptions and feelings.  From there, my reality that I created from this process manifests into the material realm as an experience, and then feeds back to my consciousness, where I can make conscious changes to my perceptions — to begin the process anew.

However, if each individual projector were made to believe, via conditioning and careful engineering of their perceptions, that there is only one projector, and thus only one reality, then these beings would create and experience ‘one singular’ shared reality — even though in truth there were still many individual beings that were actively causing this numerically singular reality.  This shared and singular reality is what mystics often call ‘the Matrix’ control system.  Any inspiration a person might have to create their desired life within this shared dream, would require that they impose their will upon others in a power struggle, as a means to drain the life force in a vampiric fashion from those who are submitting; this is why creativity has the potential to be vampiric in some fashion (ie, music idols draining energy from their fans, or a sports team’s coach using their creative energy to scheme ways to win the game at the expense of their opponents).  Also, immensely creative individuals may find that their creativity is drained by vampiric forces, such as an artist who works for a major movie studio, all as the result of attempting to be creative within this shared space.

The ultimate goal of the occulted powers, those who have subtly programmed our perceptions, is to bring us deeper into this enmeshed Matrix unity, where we believe even more that we are one singular being that is responsible for our shared reality.  They use guilt and shame to manipulate us into believing it further, where they have tricked us into the illusion that we have jointly destroyed our singular planet, and that we must come together as one collective to fix the problem.  Is the problem that we’ve been irresponsible with our shared reality, or is the problem in having one shared reality?

The side effect of this “shared space” is competition on every level, as well as the experience of submission and dominance, as each individual being in this shared reality competes for resources from the one supposed pool of time/space energy.  An example of this competitive reality is team sports, where two teams share a space and compete against each other to be the victor.  One is on offense against the other’s defense, and then they switch who is offense and defense, and compete some more.  The team who dominates the other the most, within the game’s specific rules, wins the match over their shared space.  Referees and leagues are judges who ensure that the competition is fair, and that both teams are competing with an equal opportunity to win the game.

The relationship of marriage between two people is the same thing, albeit with different rules, where each partner gets to dominate in one area of the relationship, but submit in another; which is called compromise.  For example, women typically submit sexually to the needs of the man, while men submit by providing financially for the needs of the wife and children.  Some countries, such as patriarchal societies, rig their marriages, where men are allowed to be dominant in all ways in the relationship, while women are conditioned to be submissive in all ways.  While this may seem unfair for women, the problem isn’t with the rigged rules in favor of men, but with the perception that relationships are a shared space, rather than two individual spaces that connect in order to co-create, ie, my relationship to you, and your relationship to me.

We aren’t meant to create one singular reality together, as this erroneous perception of unity is the root cause of competition, externalized authority, dominance, and submission.  Rather, we are each meant to create our own unique realities, and then harmonize our various realities together.  Think of it as the difference between a figure eight, where each side of the figure eight is a being who is vying against the other for supremacy within their enmeshed dynamic, or two circles which comprise a vesica piscis, where each individual circle represents a unique being that intersects each other in a shared, co-creative experience.

In order to remove ourselves from this one shared reality, and work in a true unity together as individual beings, we must go through a psychological differentiation process that Carl G. Jung called “individuation”.  Minstructures.com perfectly defines individuation in this way:

The psychological individuation process allows each person the opportunity to leave the joint collective reality and again perceive their own individual reality apart from the collective whole.  With this shift in perception, they can then create their reality without competing for each other’s time/space resources, which will remove any vampiric tendencies, as well as the tendency to be vampirically drained by others.  Whereas now we must make ourselves small in order to avoid detection in our shared reality, or make ourselves big enough to dominate others within our shared reality.  However, if we each have our own reality, we are able to be as big as we choose without worry of power dramas, since we are differentiated into our own distinct boundaried reality, and not competing against others in a joint reality.

Individuation will by default remove us from the synthetic hierarchy, as represented by pyramidal symbology, and place us back into the natural hierarchy of life, which is symbolized by the self-sustaining toroidal flow.  In the natural hierarchy, we’ll no longer be competing with each other for resources, vampirically draining each other, or winning or losing, rather, we’ll be harmonizing together as many psychologically individuated beings, where the One supports the One.