You are here: Home » Natural Law » Exercising my Rights is a Crime? 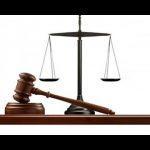 Those who think that the natural transmission of a disease is a violation of rights and an act of aggression are being ridiculous, and such a notion is an inversion of negative law. They’ve obviously been playing way too many zombie related video games and watching way too much scripted television programming, therefore causing them to blur the lines between fiction and reality in their minds; the basic premise that we’re in a state of pandemic is pure fiction, and doesn’t pass the sniff test. There’s just way too many unchallenged assumptions, biases, and concepts that are being accepted without any critical thought whatsoever; authoritative science speaks and the people meekly comply and obey.

Additionally, protecting people from a fictional bogeyman is not the government’s responsibility, and charging people with a “pre-crime” because they violated unscientific preventative measures through exercising their natural rights, where they may or may not infect somebody with a virus who’s scope of possible deadliness is debatable, is a deprivation of rights under the color of law, which is the ACTUAL crime. For a crime to be committed, there must be a clear VICTIM, clear evidence of INTENT, and in this case a clear way to determine transmission, and unless we develop god mode eyeglasses that can spot and track the transmission of viruses, it’s not happening. Again, the underlying premise that this is anything worse than the seasonal flu hasn’t been clearly established, and we’re going to set the precedent that it’s a violation of another’s natural rights when you exercise and enjoy your natural rights? (Worry about yourself!)

Plus, if the sick and vulnerable are concerned about their safety, they should isolate themselves, and not demand that the healthy isolate for them, as each person’s health and well being is their own responsibility; expecting me to worry about their health is positive law, not negative law, and therefore isn’t a crime. The healthy being responsible for the unhealthy is the same argument as compelled speech and free healthcare; their feelings and health aren’t my responsibility, as I have enough to worry about with my own feelings and health. It’s a positive right masquerading as a negative right; I’m not responsible for their outcomes, they are responsible for their outcomes. We each have the same starting place—a choice to take care of our own health, and to manage our bodies as we see fit.  However, what is a crime is violating the natural rights (negative law) of healthy, law abiding individuals and forcing them to change their behaviors for others (positive law).

“Natural liberty, consists in the power of acting as one thinks fit, without any restraint or control, except from the law of nature. It is a state of exemption from the control of others, and from positive laws and the institutions of social life.” ~ Webster’s 1828 American Dictionary of the English Language

“I say that man is entitled to his own happiness and that he must achieve it himself. But that he cannot demand that others give up their lives to make him happy.” ~Ayn Rand

This so-called pandemic is really training the masses to be good Socialists who exist solely for their neighbor’s well being; it’s altruistic group think made possible by the immediacy of a manufactured crisis:

“Socialism is the doctrine that man has no right to exist for his own sake, that his life and his work do not belong to him, but belong to society, that the only justification of his existence is his service to society, and that society may dispose of him in any way it pleases for the sake of whatever it deems to be its own tribal, collective good.” ~Ayn Rand

“We are fast approaching the stage of the ultimate inversion: the stage where the government is free to do anything it pleases, while the citizens may act only by permission; which is the stage of the darkest periods of human history, the stage of rule by brute force.” ~Ayn Rand