You are here: Home » Archives for demiurge 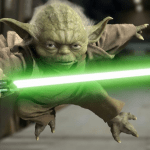 It is known among some circles that the concept of “the Force”, originally coined by the Hermeticist/Alchemist Sir Isaac Newton in his translation of the “Emerald Tablets of Thoth”, is based upon ancient mysticism. As practicing gray mystics (neutral), we see that there are three dispositions, and five main parties: dark, light, and gray as force dispositions, then the neutral evil AI presence (called the Demiurge in Gnosticism), and finally […] Read more »