You are here: Home » Critical Thinking » The Burden of Proof & Violent Mass Events 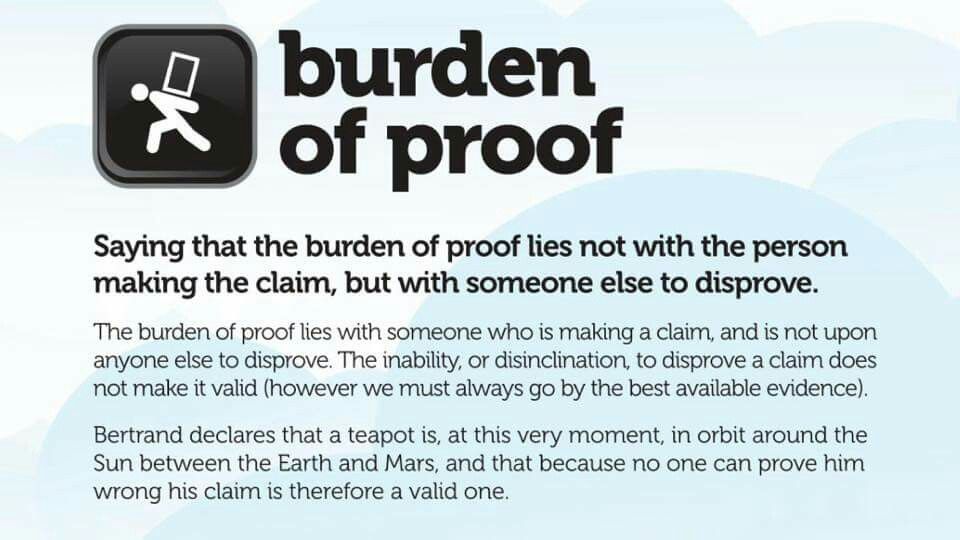 The burden of proof lies with someone who is making a claim, and is not upon anyone else to disprove. The inability, or disinclination to disprove a claim does not make it valid. “Bertrand declares that a teapot is, at this very moment, in orbit around the Sun between Earth and Mars, and that because no one can prove him wrong his claim is therefore valid.” ~Your Logical Fallacy Is

Whenever a massive event occurs where laws are going to be put into place that affect the people’s liberty, such as 9/11 or the recent New Zealand shooting, or any other mass event where laws are being conveniently pushed forward in the immediate aftermath, it is incumbent upon them to show us proof that the event took place, that it occurred in the manner that they allege it took place, and that it occurred for the reasons they claim it took place. The burden of proof is on them to establish the facts, motive, and provide evidence, otherwise there is no reason to believe anything they say, and there’s definitely no reason to follow their legal advice as to a proper societal wide response. 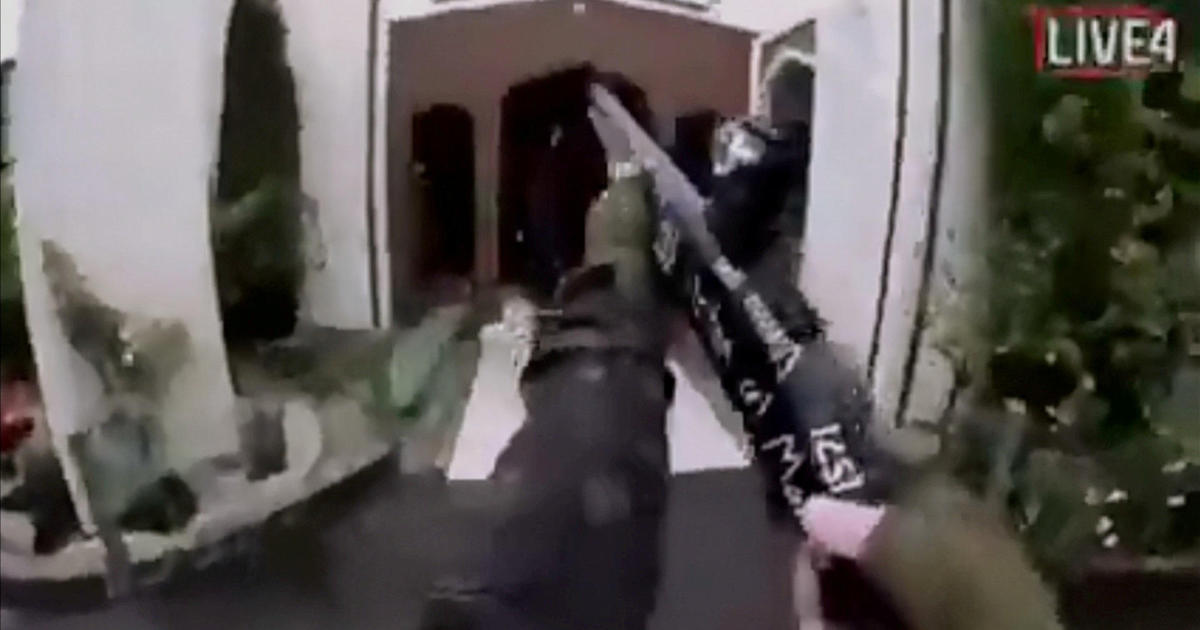 We cannot be expected to consent to something that we have not independently verified actually occurred without access to the crime scene, evidence, witnesses, the perpetrator, etc., and if they say that it would disrupt the integrity of the investigation, then fine, they still must release everything afterwards, and must not destroy the evidence like they’ve often done such as with 9/11 and Sandy Hook. Additionally, no laws should even be entertained, much less passed, until the public has been granted full access to the entire body of evidence, research, witnesses, and other pertinent information, proper discourse has occurred, and all questions have been thoroughly answered. 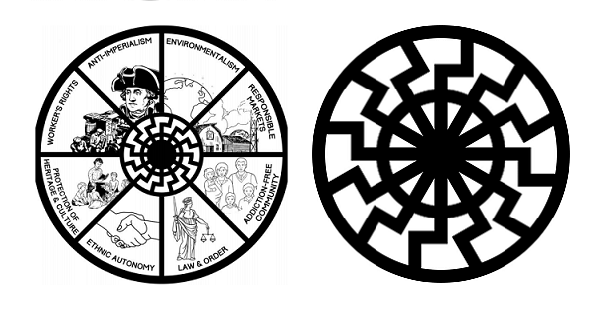 The NZ shooter’s manifesto has the occult symbol of the Black Sun.

It is on those making the claims and pushing new laws to prove that there was real events with deaths and casualties, and it’s on law enforcement to provide evidence of actual victims and autopsy reports, crime scene access, first hand testimony, and even access to the alleged perpetrators; and these are rarely, if ever, provided. For example, in some cases, it is reported that there are multiple shooters by witnesses, when there’s actually just one seriously deranged and mentally incompetent patsy standing trial. The government holds the burden of proof, and not the people, to prove these things to us. Then, and only then, should we even begin to discuss possible societal and other causes, and after that, we can finally discuss possible solutions.

The biggest issue is that many people today have an external locus of identity, and have an emotional attachment to reality being what they think it is—this blinds them to the evidence, and to the truth, of our manufactured reality. They’ll believe authority because subjective authority is the external author of their lives, as they lack the internal authority and adherence to objective standards that would allow them to lead self-directed lives. Their identity is wrapped up in what their peers think about them, so they’ll easily bend the knee to external authority as long as it allows them to continue to feel accepted by their peer group. They willfully refuse to question so-called authority, and allow the burden of proof to shift from those making the claims to themselves, because to question authority would mean they would lose their external reassurance that they’re moral people, and the reassurance that they’re accepted by their peers. 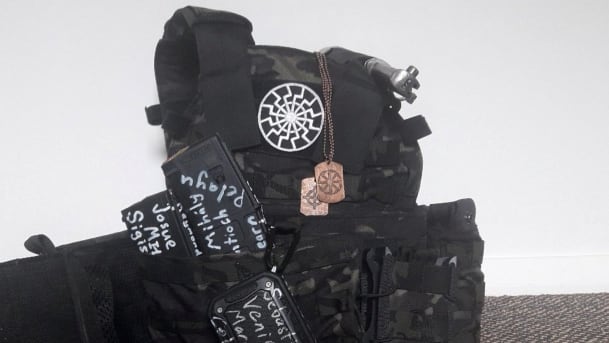 I do not acknowledge, tolerate, suffer through, or consent to any laws made in this underhanded way, as they are not based in truth, but upon the logical fallacy of shifting the burden of proof onto the people to prove things did not happen, rather than on those making the initial claims that they did indeed happen, happened in the exact manner that is being alleged, and for the reasons that are being alleged. Such laws are immoral, unrecognized, and disregarded by natural persons such as myself.

*Edit March 21, 2019: I just watched the video by the Christchurch, NZ shooter, and it was completely fake. If there are verifiable victims and a verifiable crime scene, and a shooting indeed took place, this was not it, and if there aren’t any verifiable victims or crime scene, then the entire thing is a staged event. The video had ZERO blood spatter on the walls, no smoke from the gun in front of the flashlight, no shell casings can be heard or seen hitting the ground, and there aren’t any bodies being thrown about by the force of the bullets striking them (there is some body recoil when he shoots them after their having been wounded, but even with that, there isn’t any blood spatter; rock salt or paint balls could easily explain this). Some shots are at point blank range, and there wasn’t even any blood spatter on the white walls with those shots, and very little blood, to be seen. Watch the Netflix series “The Staircase” and you can see how falling down a few stairs and striking your head on the wall will leave massive amounts of blood spatter and pools of blood. Listen to any gun range video of a semi automatic weapon, and you will clearly hear shell casings hitting the ground, but there wasn’t any in this video. The video is fake, and using a fake video to justify any kind of political action is criminal.

If they cannot carry the burden of proof and provide evidence that the event took place, in the manner it was said to have taken place, and for the reasons it supposedly took place, which could take years to do, then they definitely do not have the right to pass laws in the immediate aftermath. In fact, even with those things, it would still need to be proven that the solutions are in line with the reasoned judgment concerning all of the evidence and the individual/societal causes. Any solutions would require a healthy and lengthy discussion, and none of them could infringe upon the individual rights of the people, as the innocent should never be held accountable for the acts of the criminal—ever. I do not consent.
Post Views: 207