You are here: Home » Natural Law » The Public Assault on Gender 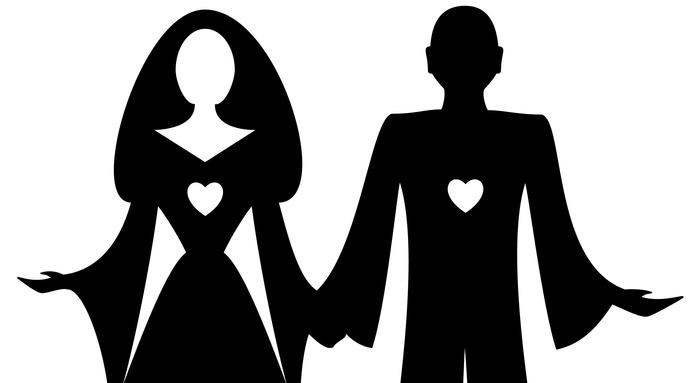 Have you noticed the recent war on gender in the media, and the release of coinciding government laws? It’s been in effect for decades now, but it has definitely picked up steam in the past few years. Media talking points such as pansexual, gender fluidity, transgender bathrooms, gay marriage, and more. Important note:  While we are not against any of these things in their own right, as individuals have the right to express themselves however they choose in a free will universe, we  have definitely observed a pattern of purposeful indoctrination, mind control, and the leading of mass populations for an agenda from the political arena and the media / entertainment industry. If it is intentional, why might this steering of consciousness be occurring?

We feel that it is a direct assault on the Seven Hermetic Principles, which is also known as “Natural Law” or the “Universal Laws”, namely, the Seventh Principle of Gender. These laws are not externalized commands to obey, but principles to align with from within, but if the principles are attacked as a means of causing confusion, they make the confused individual susceptible to external control and manipulation. Therefore, it is our opinion that the political and media storms over the past forty years are an intentional assault by those in the know on the Natural Law of Gender, in an attempt to confuse the masses away from nature, and towards the unnatural.  When we are aligned with Natural Law, we are powerful and sovereign individuals, however, if we are misaligned with Natural Law, we become weak, powerless, dependent, and susceptible to external manipulation.

Here is the Seventh Principle of Gender from the Kybalion:

VII. THE PRINCIPLE OF GENDER.

“Gender is in everything; everything has its Masculine and Feminine Principles; Gender manifests on all planes.” — The Kybalion.

This Principle embodies the truth that there is GENDER manifested in everything — the Masculine and Feminine Principles ever at work. This is true not only of the Physical Plane, but of the Mental and even the Spiritual Planes. On the Physical Plane, the Principle manifests as SEX, on the higher planes it takes higher forms, but the Principle is ever the same. No creation, physical, mental or spiritual, is possible without this Principle. An understanding of its laws will throw light on many a subject that has perplexed the minds of men. The Principle of Gender works ever in the direction of generation, regeneration, and creation. Everything, and every person, contains the two Elements or Principles, or this great Principle, within it, him or her. Every Male thing has the Female Element also; every Female contains also the Male Principle. If you would understand the philosophy of Mental and Spiritual Creation, Generation, and Re-generation, you must understand and study this Hermetic Principle. It contains the solution of many mysteries of Life. We caution you that this Principle has no reference to the many base, pernicious and degrading lustful theories, teachings and practices, which are taught under fanciful titles, and which are a prostitution of the great natural principle of Gender. Such base revivals of the ancient infamous forms of Phallicism tend to ruin mind, body and soul, and the Hermetic Philosophy has ever sounded the warning note against these degraded teachings which tend toward lust, licentiousness, and perversion of Nature’s principles. If you seek such teachings, you must go elsewhere for them — Hermeticism contains nothing for you along these lines. To the pure, all things are pure; to the base, all things are base.

Q:  In what way has these principles been attacked?

A:  For example, Bruce Jenner was an all American man who won the decathlon gold in the 1976 Summer Olympics; he was the picture of masculinity for many years, and he has suddenly chosen to become a woman, unfortunately, far from an intimate decision, it seems more like a media extravaganza meant to direct a pre-planned agenda.  In the bottom part of the Kybalion quote, it says “Such base revivals of the ancient infamous forms of Phallicism tend to ruin mind, body and soul, and the Hermetic Philosophy has ever sounded the warning note against these degraded teachings which tend toward lust, licentiousness, and perversion of Nature’s principles”.  We feel that the author’s are speaking of the moral bastardization of the gender manifestations found within nature, where the law of gender is manifested on all planes of existence as masculine and feminine, and specifically manifests as either the male sex or the female sex on the physical plane of existence. The principle of gender is a natural law, thus gender confusion would be evidence of a misalignment of self within nature’s systems; nature is truth and it does not make mistakes, we however do make mistakes, especially the more we move away from our place within nature. Using external fuels such as oil and gas are another example of the bastardization of nature, since nature is capable of clean self-sustaining energy, generation, regeneration, and creation.

Q:  However, how would we explain creatures with both sexes? This condition exists in humans as well. To which gender would they adhere?

A:  Those beings that are asexual and capable of creation and self-replication are internalizing these systems within themselves, such as a pumpkin plant which has both male and female flowers. However, somebody who is born as a hermaphrodite is the exception and not the rule, which is evidenced by their inability to reproduce asexually within themselves. A hermaphrodite is a being deserving of love, respect, and care, an equal with origins from our Source as much as the next person, but that doesn’t mean that their physical manifestation is the rule of nature.  We’re trying to say that the line of reasoning that states that ‘the law of gender isn’t a natural law because of hermaphrodites’ doesn’t hold weight, for it does not override the principle of gender, nor its numerous physical manifestations in our world.

Our purpose here on this planet is to realign our Selves with nature, and to empower others to do the same. Interestingly enough, our understanding of shadow work intimately depends upon all seven of the natural universal Hermetic principles — as a means of realigning Self with Nature.  Gender confusion is not a physical illness, but subconscious and unconscious patterns of thinking that are not in alignment with nature. The only cure for gender confusion is self-exploration and process work, and getting to know the core reasons why one feels as they do; there is always a cause, and gender confusion is merely an effect. Instead of seeking to please everybody with politically correct caring and sharing, we feel that it is important to realign the Self with nature and it’s universal laws, in order to experience a harmonious and balanced life.