You are here: Home » Critical Thinking » The Reason for a Logical Jesus

Why has the use of logic become an antithesis of faith?  For what reason? 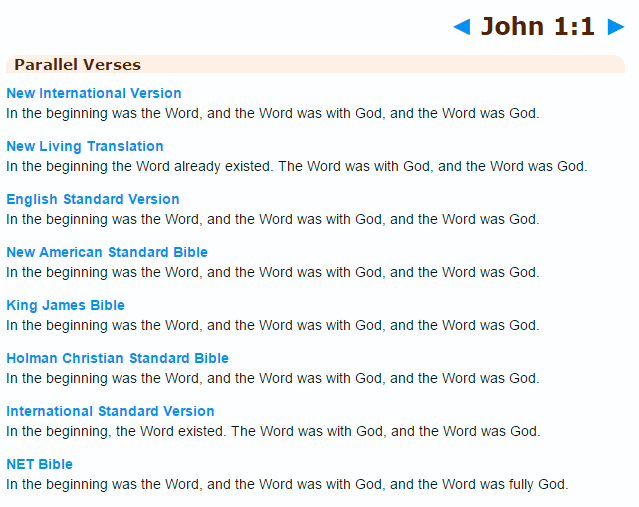 As you can see from this next graphic, an interlinear version which compares the English to the original Greek, the Greek word for “Word” in this verse, is logos. According to Strong’s Concordance, an authoritative Christian textbook, logos means:

Nowhere in Strong’s definition do they mention “logic” or “to reason”, even though “logic” is an English word that derives from logos, and that logos is the second liberal art of logic, developed by Aristotle in ancient Greece.  Here is the etymology of “logic”: 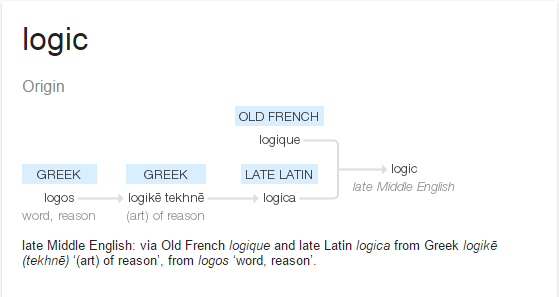 Logos had already been used by the Greeks as logic and reason as early as 535 BCE with Heraclitus, and was systematized and taught in early universities by 350 BCE.  The Epistle of John is thought to have been written around CE 98, some 448 years after the primary use of logos had been first implemented as the second of the seven liberal arts, as well as the second piece of the the Trivium method of critical thinking.  Other English synonyms for logic are “understanding, reasoning, and processing”, and asking “why” questions is the method from which understanding is obtained.

Interestingly enough, there was already a Greek word for “word” available that would better reflect the current English translations of John’s which would mean “an utterance” or “thing said”, which was rhema, but it wasn’t used by the original author.  It seems obvious that if Jesus was being personified as the spoken word, then the author of the Epistle of John would have used rhema instead of logos, but yet he chose logos.  At the very least, logic should be heavily considered in place of “Word” in John 1:1, yet Strong’s does not even mention logic as a possible translation. Take Ephesians 6:17 for instance, which says

“And take the helmet of salvation, and the sword of the Spirit, which is the word (rhema) of God.” (KJV) 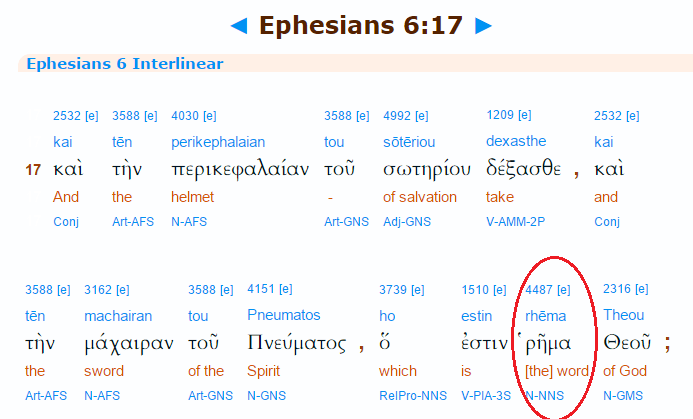 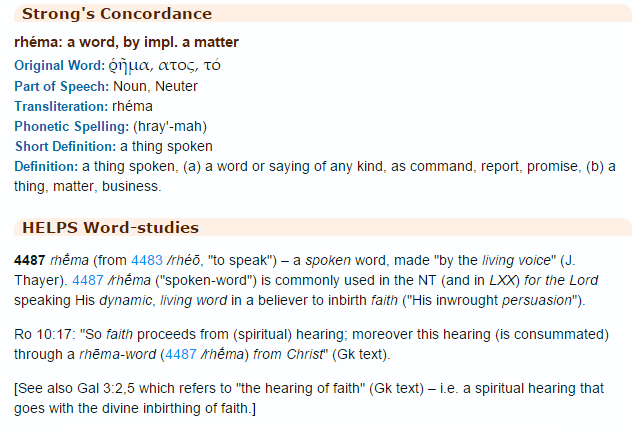 Why would English translations, and probably (my assumption) other languages as well, remove logic as a possible translation of Jesus being an embodiment and/or metaphor of, especially when there was a Greek word that better translates as “spoken word”?  Interestingly enough, changing the meaning of John 1:1 from “Logic” to “Word” created a feedback loop of circular reasoning, which is a logical fallacy (fallere = deception) of epic proportions.  Circular reasoning is…

For a detailed discussion on “circular reasoning, please see the article “Should we use the Bible to Measure Truth?“.

However, if it had been translated as “logic”, rather than misapplying “Word”, Christian adherents might actually say something like this instead:

Dave: “God Exists.”
Edward: “How do you know that God exists?”
Dave: “Because I have followed the logical conclusions from both deductive and inductive reasoning.”
Edward: “Oh, what conclusions, and why?”
Dave: [Gives evidence gained from both deductive and inductive reasoning, based in the laws of nature, and holds a rational discussion of his faith based on his supporting logic.]

As it stands, Christianity and its many accumulated dogmas, would undoubtedly change radically if logos were to be translated as Logic rather than Word.  If Jesus was presented as the embodiment of logic, as John 1:1 suggests, there would probably be hundreds of thousands (or more) of Christian adherents studying logic, logical fallacies, and how to think critically; this possible reality would undoubtedly numerous poke holes in many of Christianity’s current doctrines and/or traditions.  With critical thinking as their foundation, these same adherents would also be very difficult to control, as it is hard to deceive somebody with logical fallacies (lies) when they are experienced at spotting them.  Also, Christians would be able to build a strong faith of their own independent of centralized leadership, having objective logic as their foundational principle, rather than external, subjective doctrines.  (As far as I know, Gnostics are the only sect of Christians who understand that Jesus was the embodiment of logic of God.)

Also, I’m not saying that the Bible as a whole is illogical or wrong, but I do feel that it is not 100% pure, and has been used to actively manipulate people over the ages.  The Bible should be measured against logic as its baseline, instead of using what was written, and then subsequently translated, as the baseline.  If a logical fallacy (fallere) is a deception, and thus a lie, then logic would be a better way to measure truth…one that even the supposed “Word of God” should be measured against.

Anytime a fallacy or contradiction is found within a person’s faith, it would be prudent to slow down and use the Trivium method of critical thinking, asking “what” and “why”, to come to a new “how” — a “how” free from contradictions. Any logic that can be trumped by faith is founde upon logical fallacies (deception), but any faith that is supported by sound logic would be deepened and increased by having such understanding. Whereas faith is currently used as a bypass around logic, logic is actually meant to support faith, through helping remove any contradictions that might be present — the strongest faith is one that does not contain any contradictions.  The current religious model does not allow for this though, which is one “reason” why asking “why” questions is not tolerated by their leadership.

UPDATE: I just found this article on the web, thought it did a great job of supporting this perspective, Goal of Gnostic Christianity.