You are here: Home » Archives for sophist 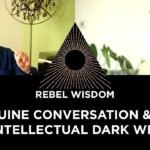 Have you ever been caught off guard by a person who was attempting to debate you, rather than attempting to engage you in a fairminded conversation?  They ask for proof of your position, which on the surface seems to be a reasonable request, and they may even veil their position with words such as “science”, “reason”, or some altruistic motives, but since it is a debate against you and not […] Read more » 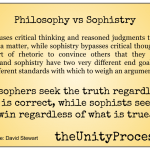 Sophistry; fabricating evidence and arguments to support a position, usually based on an emotional attachment to an identity built upon falsities, rather than allowing reason and evidence to shape a position, regardless of how it affects one’s identity. Attempting to have a rational and fairminded discussion with a sophist is anything but fairminded, and never will be, as the two forms of thinking are motivated by contradictory end goals. One […] Read more »