You are here: Home » Alchemy » Bullying: A Block to Abundance and Sustaining Wealth 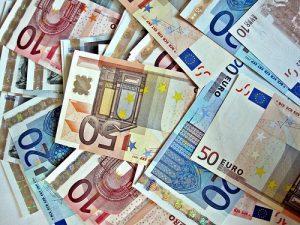 Many people have a block to abundance due to the “might makes right” mentality that pervades our world; they’re afraid to make money, because if they do, it can be stolen/taken away in so many ways, either through direct force or through covert manipulation, such as inflation, usury, fraud, and market manipulation. Those who do push through in a methodical and process oriented way are still susceptible to having their abundance (property) taken from them through coordinated and monopolistic practices, even though they may know how to make it back again easier than most (if they’re not killed off as a punishment for being a direct threat first). If so-called abundant people play ball and collaborate with the bigger fish stealing property/abundance from the smaller fish, then they’ll get to keep their share of what they make, but at the cost of selling their soul.

On an individual level, I traced the pattern back, and it stems from childhood experiences with bullying, and people stronger (might makes right) pushing us around and taking things even though we did not consent to it. It is the might makes right mentality (survival of the fittest) at the top of the hierarchy, rather than consciousness and alignment with truth at the top of life’s hierarchy. Many develop the silent approach and “turn the other cheek”, but as we know in commercial and karmic law that “silence is consent”, which therefore creates more bullying. Those who are bullied are told things like they are morally superior and smarter for not being a bully, and that those bullying must have had a bad childhood or life, so that the bullied should be more understanding of those who are bullying. According to Nietzsche, he implied that socialism was born from Catholicism, and is a natural extension of it; it is the religion of the weak, the meek, and that turning the other cheek is a virtue, although we all saw how the Crusades and the Bolshevik revolutions turned out—a bloody mess.

The solution to this is found in karmic and commercial law—flowing either through a hard “yes” and allowing the bullying and theft of might makes right, and some may even choose to join the bullies in the might makes right hierarchy and become a bully themselves. The second option is the “yes, but” called a conditional acceptance, what I call “Boundary Magic“, where we go with the flow of the offers being made to us, but spiral them like in Aikido and nature does. For instance, I was called “gay” by a bully in high school, and I eventually fought him after six months of non-stop bullying, but I learned from soundly defeating him that it wasn’t the right step, but merely plugging one small hole in a lifelong pattern on a sinking ship. Sometimes fighting back is necessary, but there’s always a bigger fish, and you can’t take on broad ranging conspiracies that have gone on for hundreds to thousands of years, so it’s not a sustainable or energy efficient means of defeating the might makes right hierarchy. When my high school bully called me gay, a great “yes, but” would have been “you weren’t complaining while I was fucking you up the ass last night”, as this takes the “gay” offer that is being made to me and says “sure, I’m gay, but I fucked you up the ass so I’m the dominant one and you’re my little bitch”—a spiral. Yes, later in life I learned how to use this tactic, and used it effectively to stave off a certain level of emotional bullying. Crude, but it illustrates my point perfectly.

I would say that rather than address each individual case of bullying one at a time though, that we can set some general boundaries with a “yes, but” that covers most, if not all, bullying. This will cause conscious and caring individuals to move to the top of the food chain, rather than the survival of the fittest reptilian mental states that currently dominate the top positions. First though, let’s cover the four levels of personal psychological development roughly detailed in the book “Prometheus Rising”. There is the physical level, the emotional level, the rational level, and then the moral/philosophical level; each level transcends yet includes previous states of being.

I have a great video on that found here, to learn the various levels of growth and how they relate to our individual development as moral beings. I recommend watching it (or readingthe article quoted above) to better understand what I’m talking about:

For the judgmental accusations where people have something in their mind that they are right and judge our character without fully exercising humility and empathy to understand us and where we currently are and mean, they are operating at the emotional level, which brings us out of the rational level and down into the emotional level, where the bully wins. Bullies love using ridicule and judgment, because:

Ridicule is man’s most potent weapon. It is almost impossible to counterattack ridicule. Also it infuriates the opposition, who then react to your advantage. ~Saul Alinsky, Rules for Radicals

For judgment and ridicule, I set the following boundary

“I’m more than happy to be judged by those who are 1) higher in consciousness than me, and 2) in alignment with my highest good and purpose.”

Next, for the physical bullying, which is to bring us down from the rational and emotional levels, where they win, we again set a similar sounding set of boundaries:

“I’m more than happy to get bullied when 1) they are higher in consciousness than me, 2) they are in alignment with my highest good and purpose, and 3) care about my psychological and spiritual development as a person.”

The last part is about caring, because the principle of care really does separate picking on somebody due to love and wanting what’s best for them from those who pick on people to force their conformity through punishment and a desire to enslave them. Care allows for poking at poor thinking, feeling, and behaviors, without making it personal to their character.  The boundary for bullying keeps us in the fourth level of being, that of the moral / philosophical, and prevents us from dropping down in consciousness from the rational, emotional, and physical states of being, where they have an easier time at controlling us. As a dominant and polarized male, I pick on my partner often, but I also pick on other less conscious people, but it isn’t down through mean spirited bullying, rather is intended as a way to wake them up (called a pattern interrupt) by interrupting their poor thinking patterns. This “I don’t care if I offend you” attitude is sometimes called “BDE” (big dick energy), which allows us to say what needs to be said regardless of a person’s group or social status; rather than holding back in a politically correct manner to protect their snowflake like feelings, it smacks them right where they need it to become more aware.

When we’re no longer afraid of our bullies taking what we’ve worked so hard for, and not stuck in learned helplessness without a way out of our predicament, we can finally feel safe enough to open the floodgates of our own creative abilities and create our dreams on a much larger scale. Sure, we’ll still make mistakes, but they’ll be manageable mistakes that don’t cripple and maim us in a punishing way. Natural consequences are much easier to work through and grow from than punishment is.