You are here: Home » Alchemy » Is the Occult Evil?

Many people associate the word “occult” with evil practices by witches with crooked noses, dark magicians, Luciferians, and Satanists, however, occulted information is quite literally just hidden information, as the word occult means to hide, hidden, and secret. There has been certain knowledge and understanding that has been occulted, aka hidden, from the general population of humanity so that they might be easier to control. Things such as Natural Law, Hermeticism, and the Trivium method of asking questions/critical thinking are extremely empowering tools that make people independent, thriving individuals who are difficult to manipulate. Many wrongfully assume that because it was occulted that it therefore must be bad, but occulted is just a descriptive term for what happened to it — it is not a judgment on the knowledge itself. Information and knowledge are neutral, it is how a person interprets and wields the information that carries the potential to make its use imbalanced. 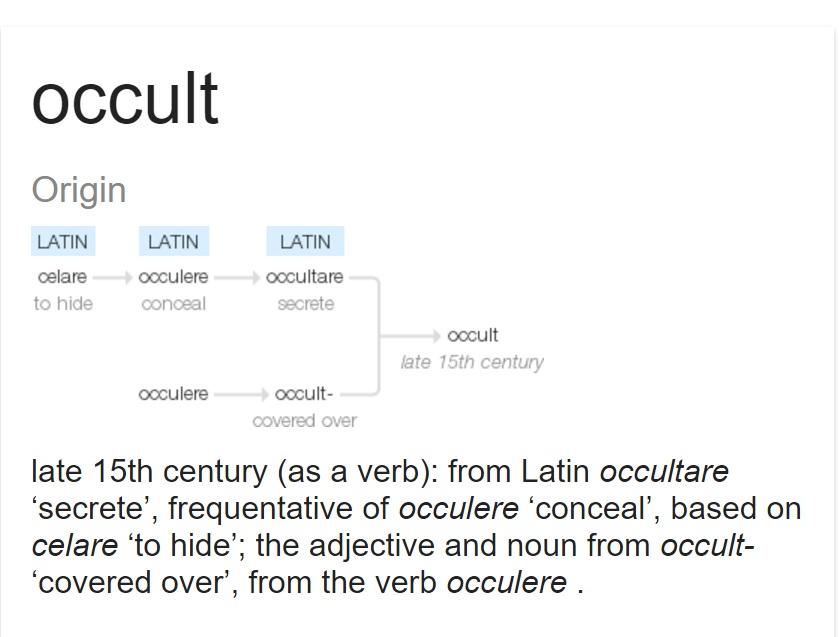 Nowhere does “occult” imply demonic or Luciferian, but the baby is usually thrown out with the bathwater because of conditioning to fear such information. It is the ‘confusing cause and effect logical fallacy’ (aka, fallere, ‘to deceive’) to say that just because Luciferians use occulted information, that all of their source materials are therefore also demonic, Luciferian, or evil in nature. Confusing cause and effect is the logical fallacy where “a person assumes that one event must cause another just because the events occur together. (~Nizkor)”  It is also the “guilt by association” logical fallacy, where it is assumed that since the two might appear together, that they then are the same thing.

It is our job to reveal the occulted information so that it can be utilized in the correct fashion again — to empower individuality, creativity, and moral living.