You are here: Home » Alchemy » What Does Balance and Neutrality Really Mean?

It is time that we find our neutrality and balance through mastering our chosen polarity and/or gender, which results in Divine Union of our dual nature, rather than resisting the rhythm of the swings of the pendulum in an attempt to equalize our polarities and/or gender. The first is the organic and natural flow of the Divine passing down through us, while the latter is synthetic, controlled, and unnatural. True balance is when we settle into our chosen polarity or gender without fear and wavering, which then magnetizes our opposite to us in Divine Union, and it is this merging of the two opposites that causes balance.  Additionally, polarization to one extreme is how the Law of Attraction actually works for our benefit, but those who balance through resistance and control of each of their polarities or gender is so neutral that nothing is attracted to them, rendering them powerless and neutered.  This type of neutrality could be called being neutered, which literally means “not either” – and not either is the wrong kind of neutrality. 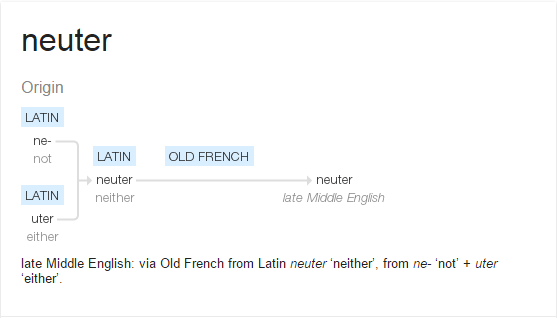 Anytime that we ask for something without first being polarized, which would automatically attract it to us, we will feel ashamed, because we’re not being responsible enough to maintain our polarization.  When we are polarized, we attract our opposite, but if we are neutral in our desire, we will instead have to ask for it, since we are unable to attract it to us.  It is our responsibility to be one or the other, and if we are not, we are being irresponsible, as Jesus said in the Book of Revelation 3:15-16 (NIV):

“I know your deeds, that you are neither cold nor hot. I wish you were either one or the other! So, because you are lukewarm—neither hot nor cold—I am about to spit you out of my mouth.” 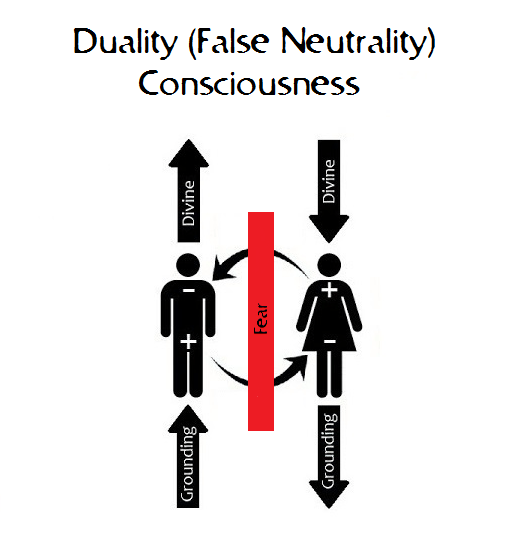 The primary reason why we resist polarizing, and thus resist attracting our opposite that completes us, is our fear of our polar opposite; which results from our connecting to our opposite polarity from a duality. A duality is a false polarity, where two opposites exist that aren’t in truth opposites, but we believe them to be so.  An effect of dualistic perception is it’s propensity to cause a war between the true opposites, whereas unity (mastery) is the transformation of the false opposites and the (re)union of the true opposites.

Some examples of a duality, which are a false polarity, are:

In order to have one, an individual must polarize to the other, which will then attract the opposite to them.  Somebody concerned with sex will attract money, and wealthy people attract sex.  This does not mean we should polarize into their false dualities, but it does mean we can know they exist and deprogram them from our belief patterns.  We polarize into their false dualities because it is easier to do so, since all media and society is set up to feed energy into them, but if instead we focused on being a masculine to attract a feminine, or a feminine to attract a masculine, we would go into a true polarity.

Often, people will polarize into feminine to attract a masculine, only to realize that the masculine they attracted doesn’t have money, so they discard what they attracted because they also have the false duality program running alongside their true gender identity.  They have an attachment to the duality and throw away their gender because it doesn’t line up with how they think it should be financially, so they instead hyper sexualize as feminine to attract a masculine presence with money, but it is an impure manifestation since it is a false duality overlaying over the top of their true feminine identity.

What to do, so how do we get out?  We feel that doing shadow work in a way that utilizes the Seven Hermetic Principles and the Trivium method is the most efficient path to stop the warring of the opposites, so that they might finally reunite together as One — this form of shadow work is what we call the Unity Process.

“Everything is dual; everything has poles; everything has its pair of opposites; like and unlike are the same; opposites are identical in nature, but different in degree; extremes meet; all truths are but half-truths; all paradoxes may be reconciled.” ~The Kybalion, the Fourth Hermetic Principle of Polarity

“The Hermetic Master, or advanced student, polarizes himself at the desired pole, and by a process akin to “refusing” to participate in the backward swing or, if you prefer, a “denial” of its influence over him, he stands firm in his polarized position, and allows the mental pendulum to swing back along the unconscious plane. All individuals who have attained any degree of self- mastery, accomplish this, more or less unknowingly, and by refusing to allow their moods and negative mental states to affect them, they apply the Law of Neutralization. The Master, however, carries this to a much higher degree of proficiency, and by the use of his Will he attains a degree of Poise and Mental Firmness almost impossible of belief on the part of those who allow themselves to be swung backward and forward by the mental pendulum of moods and feelings.” ~The Kybalion, Chapter 11, Rhythm

For more on Polarity and Duality, please our follow up article, “Polarized or Dualizaed?“.