“Our envy of others devours us most of all.” (Aleksandr Solzhenitsyn, Gulag Archipelago) Stretching back to the time of the Ancient Greeks, countless philosophers have contemplated the nature of envy, or what Immanuel Kant described as the “tendency to perceive with displeasure the good of others.” (Immanuel Kant) Those who have written about envy, be it Aristotle, Aquinas, Adam Smith, Schopenhauer or Nietzsche, have all come to a similar conclusion […] Read more » Unfettered immigration and open borders is problematic in the same way that an arranged marriage is problematic. It forces two parties to cohabitate together, rather than allowing them to voluntarily choose to be with those they are most attracted to and aligned with. Like an arranged (forced) marriage, forcing cultural integration is a violation of the non-aggression principle, and limits the individual’s opportunity for voluntary interactions in their home regions. […] Read more » 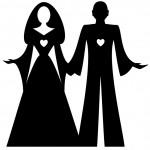 We support a diversity of ideas that stems from an equality of opportunity to share them. However, we feel that all forms of diversity that stems from an equality of outcome (equity) will cause psychological harm to the self-worth of the individuals that it seeks to protect, will limit their potential development as healthy and unique individuals, and will thus limit the value of the ideas that they will be […] Read more » 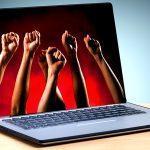 This is a great video that describes the psychology of the herd/mob.  Nietzsche went to great lengths about the matter, as well as many great psychologists, including Carl Jung, who detailed the need to individuate (psychologically differentiate) oneself from out of the herd/mob, in order to become a unique and whole individual. What Jung called “Selfhood”, is what we as gray mystics would term reaching the “Divine Union” and the “Alchemical […] Read more » 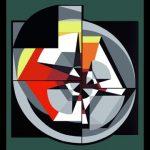 Dr Jordan Peterson, a psychology professor at Toronto University, has a fascinating lecture (university course) online (linked below) called “Maps of Meaning” where he goes into the psychology of tyranny, and how each of us has the capacity to serve evil within us. It is in discovering this capacity before it happens that allows the individual to stave off the fate of performing evil against others. The course draws on […] Read more » 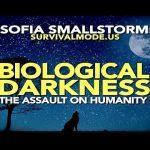 This is one of the best descriptions of what chemtrails are doing to humanity, as well as the other means of restricting our access to natural lighting, that I’ve ever heard.  Of course there may still be other reasons for chemtrails, such as using them to act as a Trojan Horse to disperse nano technology, and other toxic agents to thin the herd, but this presentation lays out a lot […] Read more » 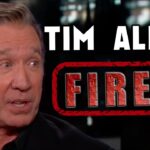 It sounds like another Hegelian dialectic of divide and conquer, as the mere fact that the show’s writers were putting in things such as “micro aggressions” in their scripts would not have been allowed unless it was to set up the show’s cancellation as a politically motivated “hit job”. It would have been far more credible in my eyes if the show’s writing wasn’t already conservative, because the cancellation would […] Read more » 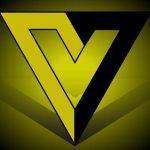 In this video, I give a brief description of Voluntaryism and its foundational principle, the Non-Aggression Principle, and how it relates to how we give and receive. When we are young, we learn that giving is mostly coercive, either from our family, school, or society, thus we do not have a point of reference or personal understanding of what giving without some form of subtle coercion is. I then perform […] Read more » 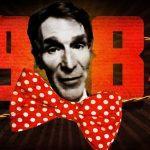 I wrote an article nine days ago called “Bill Nye the Propaganda Guy“, and this is a video made by Truthstream Media with a similar name, which I highly recommend.  Science has become synonymous with propaganda these days, where it is more of a slogan that people say in greeting  each other than a discipline dedicated to discovering objective truth. Read more » 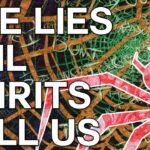 Negativity, hatred, isolation, and confusion. How do these psychological spiders creep into our minds and spin webs of deceit? Click below on Show More for full description, free book downloads, and host bio. In this episode, host Curtis Childs guides us through 18th-century philosopher Emanuel Swedenborg’s spiritual insights to see if they can shine a light on the spiderwebs in our minds so we can avoid their traps. Swedenborg and […] Read more » Words are magic, this is why when we spell a word, we cast a spell, and why when we write, we are performing magical rites. Our basic human rights either come from our Source from within us (inside-out / internal locus of control), as inalienable, or we abdicate our internal rights and they are instead granted to us by the sorcerers out there, who wish to control us (outside-in / external locus […] Read more » 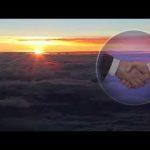 An introductory look at what Voluntarism is, and it’s core value non-aggression. Libertarianism, also known as ancap, anarcho-capitalism, and voluntaryism (not to be confused with left libertarianism / anarchy, which is connected to socialism, communism, and social justice movements). Read more » 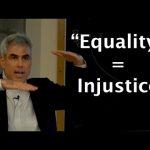 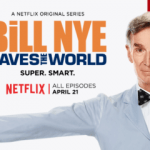 Look, it’s Bill Nye the Propaganda Guy! The new Netflix series is just awful, and pushes what is called “motivated science”, otherwise known as propaganda. It defends man made climate change (the solar system is heating up, not just our planet), big pharma, vaccines, artificial intelligence, GMO’s, overpopulation, and the new non binary gender trend. That about covers every major battleground being waged between true science vs State sanctioned propaganda […] Read more » If all Marxists were as pro free speech as Brendan O’Neil, we’d probably be more favorably disposed towards them, but unfortunately these days, Brendan is an outlier. ~Independent Man Read more »