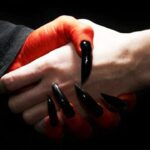 The concept of “making a deal with the devil” is actually the archetype of the whore/prostitute, as such people are willing to sell themselves out for temporary gain. Nothing encapsulates this archetype more than the recent lows that many have gone to sell themselves out for a Krispy Kreme doughnut, or a $25 gift card; it’s a sad spin on Homer Simpson selling his soul to the Devil for a […] Read more » 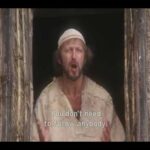 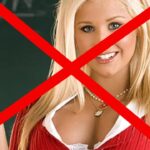 For a deeper analysis of the underlying problems of modern schooling, as well as solutions, I highly recommend the works of John Taylor Gatto (the link is to a tag on this site with many of his videos, and even a free eBook of his), a leading authority on both. John Taylor Gatto used Socratic dialogue and the Trivium method of thinking to get the highest results from the inner […] Read more » Meet Yuval Noah Harari, the brain child and adviser of Klaus “The Great Reset” Schwab. In his own words. Very telling insights of the internal landscape of this soulless demon-possessed psychopath. Pure materialism with the attempt to control human beings via algorithms, i.e Transhumanism: merging man and machine. It is end game of the anti-divine occult agenda. The fake pandemic, the Covid Vaxx (and the metaphysical consequences of separating the […] Read more » 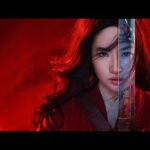 I just love the Critical Drinker and his manner of presenting thoughtful ideas in such a brash and irreverent tone. His series “Why Modern Movies Suck” is great, and this is the third installment in the series. I’ll probe deeper into the underlying psychology of what he has identified as a problem, below. In a nutshell, Hollyweird is intentionally engineering a deadly combination of arrogance and ignorance into people, and […] Read more » I found the video below quite interesting. It was great to see both the spontaneous order side, and the herd mentality side, of collectives explained. In order for a collective to have wisdom, they need two ingredients, a diversity of thought/ideas (viewpoint diversity), and independence from external influences that might intentionally or unintentionally skew their conclusions. Of course, modern society is full of external influences engineered specifically to skew our […] Read more » 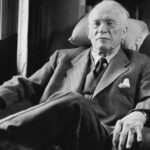 Originally blogged by STEPHEN PARKER, PH.D on JANUARY 26, 2011 on jungcurrents.com. The shadow is a moral problem that challenges the whole ego-personality, for no one can become conscious of the shadow without considerable moral effort. To become conscious of it involves recognizing the dark aspects of the personality as present and real. This act is the essential condition for any kind of self-knowledge. Aion (1951). CW 9, Part II: P.14 Filling […] Read more » This is an interesting discussion on free will. Hint, you get more of it the more you know yourself, and understand why you think, feel, and behave as you do. We break free from nature and nurture’s environmental variables through getting to know ourselves, and asserting our will upon what we observe about ourselves, so that we can tweak our focus to reach our full potential. There was something Moran […] Read more » 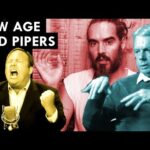 Is there such thing as “controlled opposition”? Absolutely. It is naive and folly to think otherwise, and I do find much of the evidence presented in this video (see below) compelling, and some of the reasoning and conclusions as well. However, there are four things we need to be careful of in regards to coming to reasoned judgments when calling out people and movements, because it’s important that we stay […] Read more » 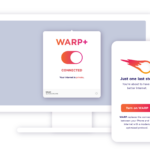 For privacy and security minded individuals, if you’re not already using a paid VPN service, I highly recommend downloading Cloudflare’s free WARP app on all of your mobile devices, Windows PC’s, and Mac computers. It’s a VPN in the sense that it protects your traffic and DNS queries, but it doesn’t hide your public IP address from the websites you visit, nor help you get around geo-restrictions. It also increases […] Read more » 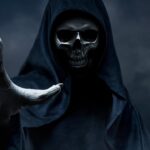 I’d dare say that at the very least, the “Antichrist” is a metaphor, and that both Christ and Antichrist are essentially the concepts of the Logos and anti-Logos. In philosophy, it would then be Logocentrism vs Nihilism, where Logocentrism is basically a focus on the concept of the Logos; a divine blueprint for reason, empathy (empathy is the emotional component of reason, as it seeks to understand the views and […] Read more » 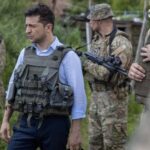 In regards to Ukranian President Zelenskyy, the dude was an actor playing a role as an actor who became president, and then said actor became president shortly thereafter. The question is not “is he a puppet”, but rather, “who’s hand is up his arse?” He was probably installed as president for this very “role”, because as Shakespeare said, “All the world’s a stage, And all the men and women merely […] Read more »